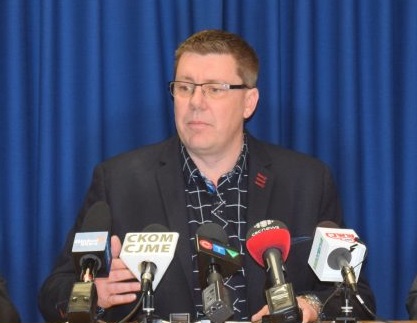 Premier Scott Moe says he does not agree that the historic violence suffered by Indigenous women is an act of genocide.

In responding to the final report into the National Inquiry into Missing and Murdered Indigenous Women and Girls Moe says the violence was extreme and unacceptable.

“When viewed through the lens of other examples of deliberate and systematic destruction of ethnic, racial, religious or national groups; such as the Armenian genocide, the Holodomor, the Holocaust, or the Rwandan Genocide; the Premier does not agree with the use of the term in the report,” said an emailed statement from the Premier’s Communications spokesperson Jim Billington.

“It is unfortunate that the use of this term has distracted from the recommended action highlighted in the report, recommendations our government is reviewing diligently.”

NDP Leader Ryan Meili says the provincial government should take action and not shelve the report.

“The findings of the MMIWG Commissioners paint a stark picture of the violence experienced by Indigenous women, girls and two-spirit people in Canada. It’s important that we don’t just let this become another report that gathers dust on a shelf while the government makes excuses for not taking action,” Meili said. “We need to act on the recommendations to save lives and ensure safety for Indigenous women and girls in Saskatchewan.”

Meili says steps should be taken to reverse cuts to the STC, the Aboriginal Court Worker Program and evaluate the impact of mandatory minimum sentences as it relates to the sentencing and over-incarceration of Indigenous women and girls.