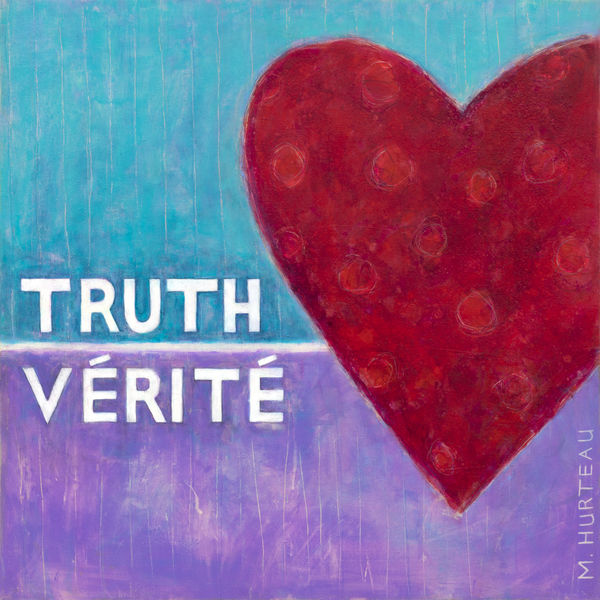 A five-episode podcast series called “MMIWG: The Truth Sharing” is inspired by the National Inquiry into Missing and Murdered Indigenous Women and Girls.

It was released at the end of last month.

The series is produced by Eagle Vision, an independent film and television company that is Indigenously owned.

In Episode Four, “The Prairies and Métis Nation,” Hurteau speaks with eight people from across Alberta, Saskatchewan and Manitoba who share their stories.

“Podcasts can add another legacy piece, an element for people to be able to listen to stories more personally with people hearing their own words, speaking about what it’s like to have family and friends go missing,” Hurteau says.

She begins her journey with 20-year-old Tracie Léost, a Métis woman from St. Laurent, Manitoba, who ran 115-kilometres to raise awareness for MMIWG in 2015.

Through the run, she raised over $6,000 to support families of missing and murdered women and girls.

She also sits down with Donna and Marcel Lerat, a couple with ties to Beardy’s and Okemasis’ Cree Nation.

Donna, who survived an attack on a highway near Regina, now works to bring awareness to HIV, addictions and family violence.

Marcel spent time in prison as a teen and speaks fondly of the friendships he built with those he served time, some of who have since been murdered or gone missing.

Darlene Rose Okemaysin-Sicotte of Beardy’s and Okemasis’ grew up with parents who worked in residential schools.

Through her work, she raises awareness and acts as a liaison between Indigenous and non-Indigenous people, aiming to strengthen these relationships.

Bernie Williams, a gay woman who lives in Vancouver, was forced into the sex trade as a child.

She also lost her mother and three sisters to murder and has been advocating for women and the 2SLGBTQQIA community ever since.

Jack Saddleback, a transgender, two-spirit and gay man from Samson Cree Nation in Maskwacis, Alberta, struggled with depression after being bullied and discriminated against during his school years.

Now, he works as a mental health activist and advocates for gender and sexual diversity issues.

To overcome his depression, he uses conventional therapy and traditional Cree ceremonies.

He says his granddaughters inspire him to work towards a world that won’t need another inquiry.

Lastly, she speaks with Métis actress Tantoo Cardinal who became a member of the Order of Canada in 2009 for her contributions to Indigenous performing arts in Canada.

Cardinal shares her experiences surrounding MMIWG and how she fights for change.

“Some of the information that I found out was that the stats were worse than I thought,” Hurteau says. “To find out the staggering numbers of women that have gone missing is difficult to comprehend.”

Hurteau also hosts Episode 5, “B.C. and the Highway of Tears,” where she interviews people around the province who are changing the narrative around MMIWG.

The Highway of Tears is a 720-kilometre corridor of Highway 16, between Prince George and Prince Rupert, where over 40 women and girls have gone missing since the early 1970’s.

“The connections that I made with people, the vulnerability that I saw, the courage, the strength…,” Hurteau. says. “There were a lot of laughs and getting to know people, just connecting, it was really a profound experience.”

In Episode One, writer and director Jacquie Black also visits Norway House, Manitoba to speak with residents about their setbacks and how they have overcome them as a community.

In the third episode, artist and actress Eve Ringuette goes back to her community of Uashat mak Mani-Utenam, Quebec to discuss the root causes behind the suicide crisis and ways residents are healing from it.

“I know the people whose path I have crossed so far, it seems that they feel heard, that they matter more,” Hurteau says. “Which, that, in and of itself is part of the healing process.”

The final report of the National Inquiry into Missing and Murdered Indigenous Women and Girls was released on June 3.

The “Truth Sharing Podcasts” can be found on various websites online.