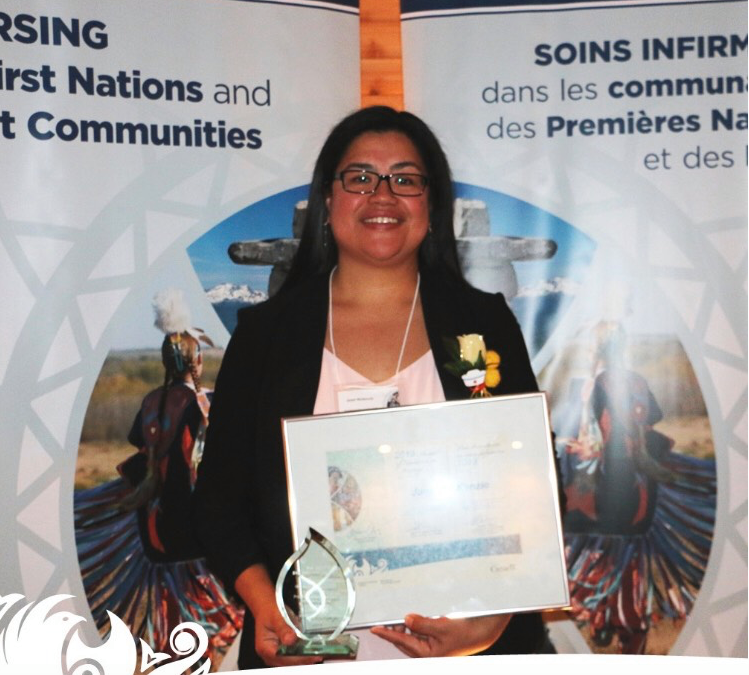 A Stanley Mission nurse has received a national award for excellence in health care.

Janet McKenzie, who is a member of the Lac La Ronge Indian Band, is one of three recipients of the Indigenous Services Canada Award of Excellence in Nursing.

McKenzie says she was caught of guard when she got the call that she had been selected for the award.

“It was surprising, I knew my nurse manager had nominated me for the award but it was a surprise to actually get the call to say, ‘You are of our recipients,’” she says.

McKenzie started out as a licensed practical nurse but went back to school and upgraded to a registered nurse in 2016.

She says she is grateful to have had the opportunity to work in homecare in the community she grew up in.

“I really enjoy what I do here in homecare. I really enjoy working with the elders and seeing the difference I make in their lives by advocating for them and all that comes along with that. I know that they’re appreciative of the things I do in homecare as well.”

McKenzie was presented with the award by Indigenous Services Minister Seamus O’Regan on May 6 in Ottawa.

The awards were given out by the federal government as part of National Nursing Week May 6-12.

Indigenous Nurses Day was on May 8.