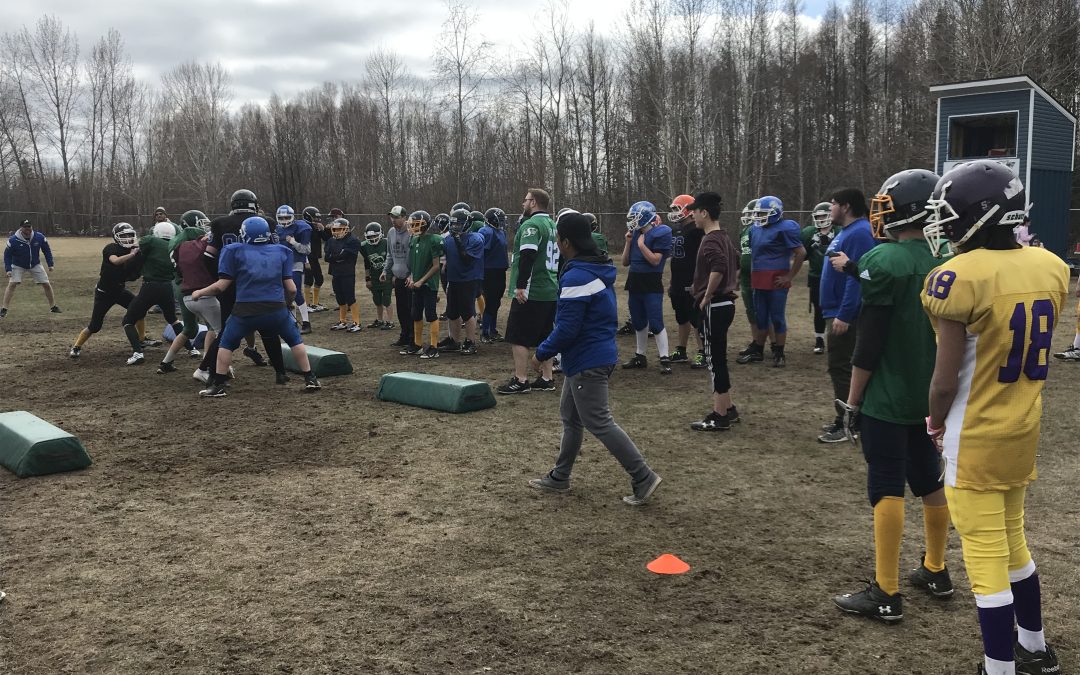 It’s another busy weekend coming up for the sport of football in La Ronge.

La Ronge is the site of the Northern Saskatchewan Flag Football tournament Friday and Saturday.

Athletes from all over northern Saskatchewan will be taking part in the action.

“We really want to introduce the game of football to younger people, with of course, no contact,” said Mark Williment, who is with the Northern Saskatchewan Football League. “The game of flag football really introduces fundamentals of football to players with limited risk of getting hurt.”

This is the fifth anniversary of the event and Williment says the feedback in the past has been very positive from the athletes on the field.

“Kids certainly love the game, it’s co-ed, five-on-five, with two girls on the field on each team,” said Williment. “It’s a lot of fun, the kids really develop quickly. Teams that are just learning the game their first leg of the tournament could very well be the champions at the end.”

If you would like more information, you can check out the Northern Saskatchewan Football League on Facebook.