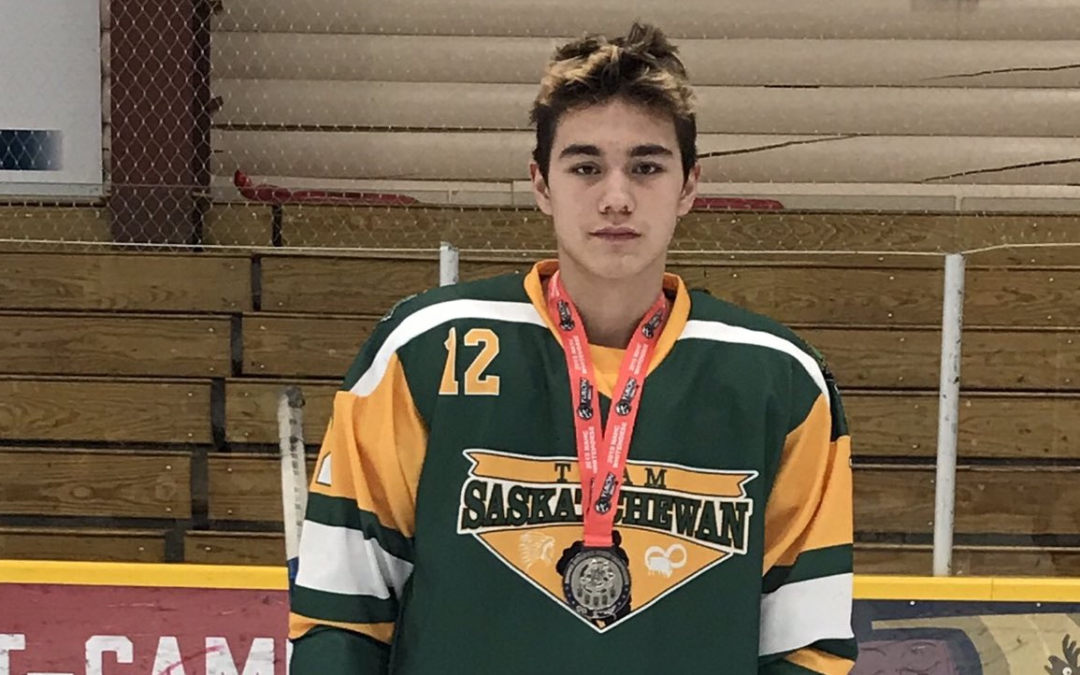 Lac La Ronge Indian Band member Cobe Delaney is back in town after competing for Saskatchewan at the National Aboriginal Hockey Championships in Whitehorse, YT.

Team Saskatchewan earned a silver medal following a 6-1 loss to Manitoba in the championship contest.

“Everyone gave it 110% that game, we all tried our best,” said Delaney. “Overall, that team (Manitoba) pulled out the gold.”

Delaney played for the Beardy’s Blackhawks in the Saskatchewan Midget AAA Hockey League this past season. He’s also a prospect with the SJHL’s La Ronge Ice Wolves. Delaney says the competition level lived up to his expectations.

“The veteran players made sure that we knew what we were coming up against and that helped a lot,” said Delaney.