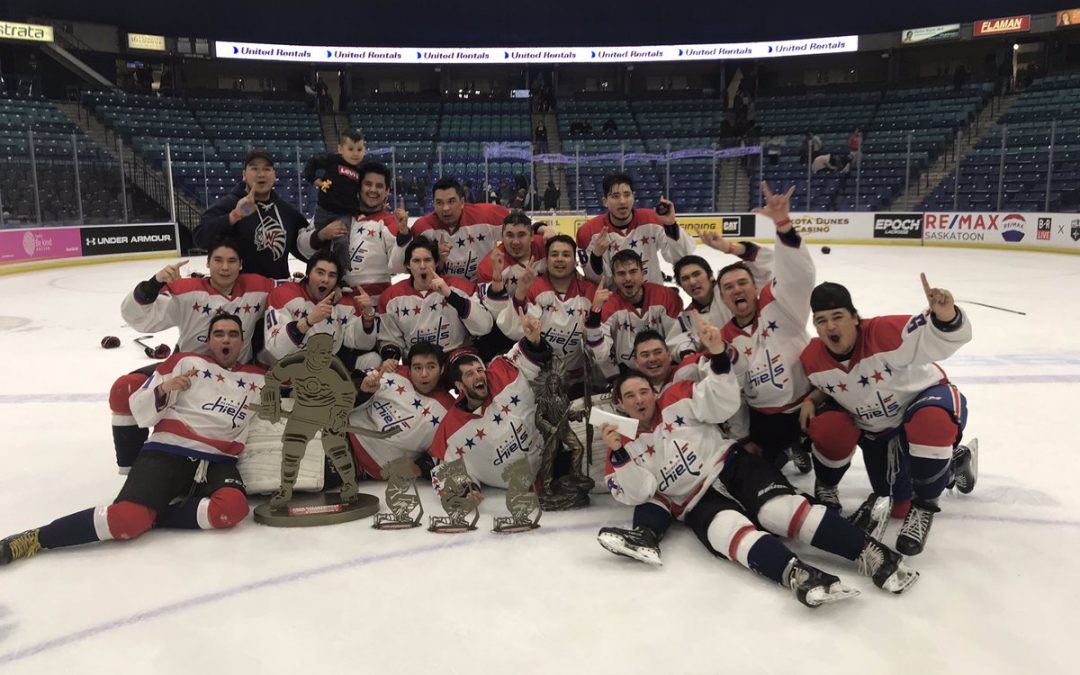 The Chiefs found themselves down 2-1 after a goal from Cross Lake’s Anthony Keeper just 25 seconds into the third frame. Waswanipi clawed its way back and ended the contest 1:11 into the extra session when Alex Cooper scored on a partial breakaway.

“I just got an opportunity to take the puck away from the defenceman and after I did that, I went down and shot the puck five-hole,” said Cooper. “It’s an incredible feeling.”

Adam Chalifoux recorded the win in net for the Chiefs. He came up with some timely saves throughout the game. Chalifoux admits, it is an honour to play in a tournament named after Fred Sasakamoose.

“It literally means everything to me,” said Chalifoux. “I had a big accident not too long ago and I haven’t been playing much, so to come here, it makes me really emotional.”