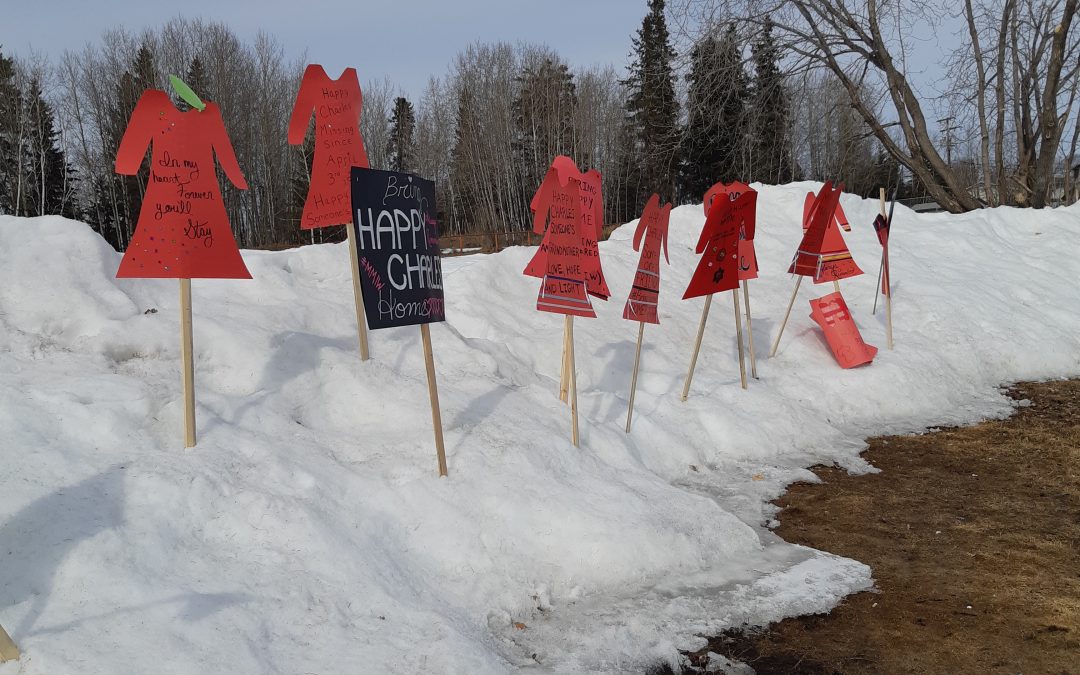 A Saskatoon woman, originally from Pelican Lake First Nation, has decided to start a program in support of families of missing and murdered Indigenous woman and children with the Red Dress Campaign.

She became frustrated when only six people showed up to take part in one of the searches.

It was then that Thomas created the Red Dress Campaign to better organize and advertise search events.

“You’re very limited as to how much you can search,” Thomas says. “Some of the ground searches involve really big fields that would be better off using ATVs. We don’t have the equipment for people to go out and look.”

The fundraising efforts will give participating stores and businesses a stack of paper red dress cut-outs that will be offered to customers during the time of payment.

If a customer would like to donate, they can buy a dress, sign it and the establishment will hang it on display.

The inaugural funds will go towards search efforts for Charles, who is a mother of four daughters, then hopefully branch off to support other families.

“My long term vision for missing and murdered women is setting up a missing persons office,” Thomas says.

She adds she would like to see First Nations youth work at the facility to take tips from anyone who has information.

“They can have some sort of liaison that is always involved with the families and the tips that are coming in. There’s probably some people that want to talk and tell where they (a missing or murdered person) are. They don’t know who to talk to; they aren’t always willing to talk to the RCMP or city police because of the communication barrier.”

Thomas would like to see the campaign become an annual event.

Ideally, small local companies and big corporations would take part in the efforts.

She says that any business that would like to take part can fill out an order form and she and other volunteers will hand cut the dresses to be offered to customers.

Once the campaign has concluded, the participating businesses will send the Happy Mary Charles fundraiser a cheque for the donations.

The second annual Happy Charles Awareness and Healing walk is slated to take place May 4 – 12 where Charles’ family members will walk from Prince Albert to La Ronge.

They are accepting donations of food and water during their walk north on Highway 2.

The group will walk 30 kilometres a day and sleep in tents during the night.

“Happy’s daughters are always in tears because they miss their mom,” Thomas says. “I’m hoping that by having this Red Dress (campaign) that there is always some sort of funds or some sort of awareness.”

(PHOTO: Red dress cut outs from the 2nd Annual Awareness Walk for Missing and Murdered Indigenous Women. The walk started at the Far Reserve and ended at the Urban Reserve in April 2019. Photo by Katrina Cameron)