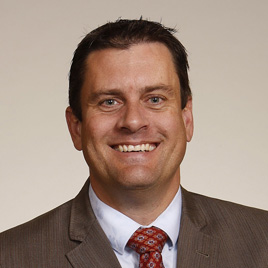 Merriman walked-back his comments Monday saying it was a poor choice of words. “I was wrong to use the word lobbyist last week in my interview,” Merriman told reporters.

Merriman expressed that the provincial ministers wanted a separate meeting with Ottawa, similar to the national Indigenous organizations, which he says he secured.

Premier Moe and Merriman both have concerns with Bill C-92 in how Ottawa will fund a community-based child welfare system and how the legislation will be implemented.

NDP critic Nicole Sarauer says Indigenous leaders should be at the table when discussing legislation regarding their children.

“He dismissed the importance of having them [Indigenous leaders] around the table to discuss the unacceptable number of children in care in Saskatchewan. And then doubled down on his comments saying Indigenous leaders should not be at the table when discussing child welfare,” explained Sarauer.

Yet Moe and Merriman agree that they want Indigenous leaders at the table for this, but to also have the opportunity for bi-lateral talks with the federal government.

The Federation of Sovereign Indigenous Nations was quick to denounce Merriman’s comments.

“It’s unfortunate that this is their (Saskatchewan Ministry of Social Services) way of doing business” said Chief Bobby Cameron. “However our sources within the Saskatchewan Social Services Ministry informed us of their refusal to include Saskatchewan First Nation leadership weeks ago, and even they were ashamed of the Provincial Government’s lack of inclusion. If they are serious about apologizing about past mistakes, then inclusion is the only option because this would prove they are serious and speaking words that hold truth.”