McKerracher to play for Thunder 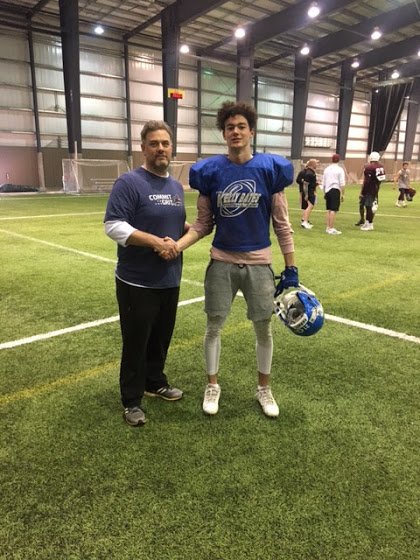 A football player from northern Saskatchewan is taking his talents to Regina.

Defensive back Justin McKerracher of Air Ronge has signed with the Regina Thunder. The Thunder play in the Canadian Junior Football League.

“We were excited to find Justin, us being in the southern half of the province, you don’t always get eyes up in the northern part for players,” said Scott MacAulay, the coach of the Regina Thunder.

“We were able to get him down to our indoor camps and right away, just looking at the guy, he’s definitely got the height to be able to play that corner spot, but also just his pure athleticism, he’s really agile and quick.”

McKerracher played for the La Ronge Churchill Chargers. MacAulay believes there won’t be much of a transition period for McKerracher.

“Normally when guys come to us out of high school, it probably takes at least a year or two before they actually see the field,” said MacAulay.

“Justin is the type of player that we feel, we’re going to be able to play him like sooner than later. We expect him to be playing at some point here during his first year.”

McKerracher becomes the first player from the La Ronge Churchill Chargers to play for the Thunder.