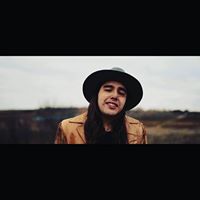 Students at Twin Lakes Community School in Buffalo Narrows are exploring their creative side this week through a National Arts Centre program called “Music Alive.”

The interactive program, designed to promote songwriting and creativity, has been around since 2006 and been accessed in rural and remote communities in Alberta, Saskatchewan, Manitoba, Nunavut and the Atlantic provinces,

One is an up-and-coming Indigenous artist and the other a performer with the Saskatoon Symphony Orchestra who inspire and encourage active participation in the arts.

Arlene Shiplett and Forrest Eaglespeaker are the teaching artists leading the three-day program.

They are providing a songwriting workshop for the older students while younger ones are writing a rap song about the life of Mozart.

On Thursday, all of the students will come together and perform the pieces they have been working on during the program.

The kindergarten students will sing the song “This Old Man” in Cree.

One of the workshops is called “SoundScapes” and it teaches the participants how to create music with the sounds that surround them.

Outside of learning music and songwriting, there are life lessons that can be incorporated into lifelong positive characteristics.

“A lot of times in my case with the students that I work with, they learn to be non-judgemental,” Eaglespeaker says. “They learn how to take everything just as it is and realize that every small piece of the song, we are working on is an important role.”

He adds music is a good way of breaking down the cliques that tend to form in high school.

“The mere art of listening to it (music) and being able to appreciate it is important,” Shiplett says. “I really find that students that are involved in sports, in academics and in music turn into amazing, well-rounded citizens of the world.”

After the students perform on Thursday, the audience will have the opportunity to see both Shiplett and Eaglespeaker perform solo and together to conclude the program.

Eaglespeaker, who is originally from Calgary but now resides in Saskatoon, says he uses music as a way of reclamation and calls it a modern adaptation of traditional storytelling.

Shiplett is a horn player and teacher based in Saskatoon.

She has traveled throughout northern Saskatchewan for over a decade inspiring youth through music. She performs with many groups including the Saskatoon Symphony Orchestra and the Prairie Winds Woodwind Quintet.

Eaglespeaker provides vocals and guitar in the band The North Sound.

He is a recipient of the Saskatchewan Indian Gaming Authority (SIGA) Indigenous Artist Bursary and was nominated for Best Roots Artist Of The Year at the 2019 Saskatchewan Country Music Association Awards.

The North Sound’s hit song, “Between the Ditches”, can be heard on MBC Radio.