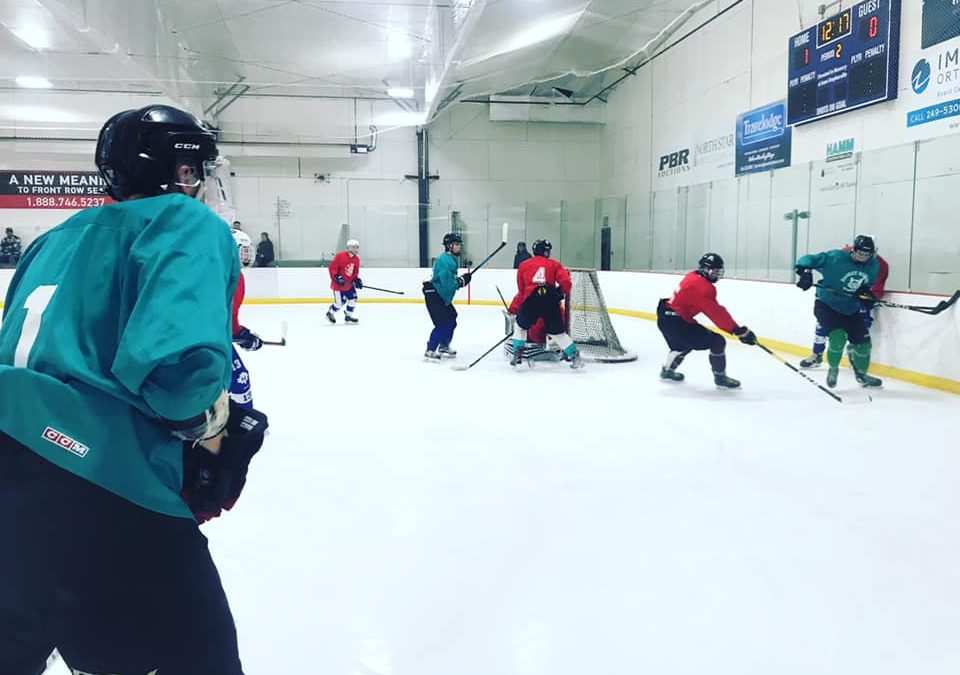 The La Ronge Ice Wolves wrapped up their spring camp in Saskatoon on Sunday afternoon.

“First of all, I’ve got to give Gaelan Patterson a lot of credit for putting this together and having 84 kids was spectacular,” said Ice Wolves Head Coach and GM Kevin Kaminski. “There were some tough decisions.”

Although there were certainly a lot of young players taking part in the action, the camp also featured several veteran players, including Jordan Frey, Jordan Mish and Zach Bannister. Bannister, who had 70 points this past season, was impressed with the competitive nature at camp.

“It’s been real aggressive, everyone is here to try and make a statement, and secure a spot to main camp and possibly get signed,” said Bannister. “Every game has gotten more intense since the start and that’s definitely something we like to see.”

Players were broken up into four teams and took part in multiple scrimmages throughout the weekend. The new head coach liked what he saw.

“The veterans showed a lot of good leadership and to prove that they haven’t made the lineup yet, and they want to come back to La Ronge,” said Kaminski. “All four teams showed great individual and team effort — goalies played very well. It’s a good start for the La Ronge Ice Wolves to build back that winning culture.”

The spring camp was held at the Harold Latrace Arena.