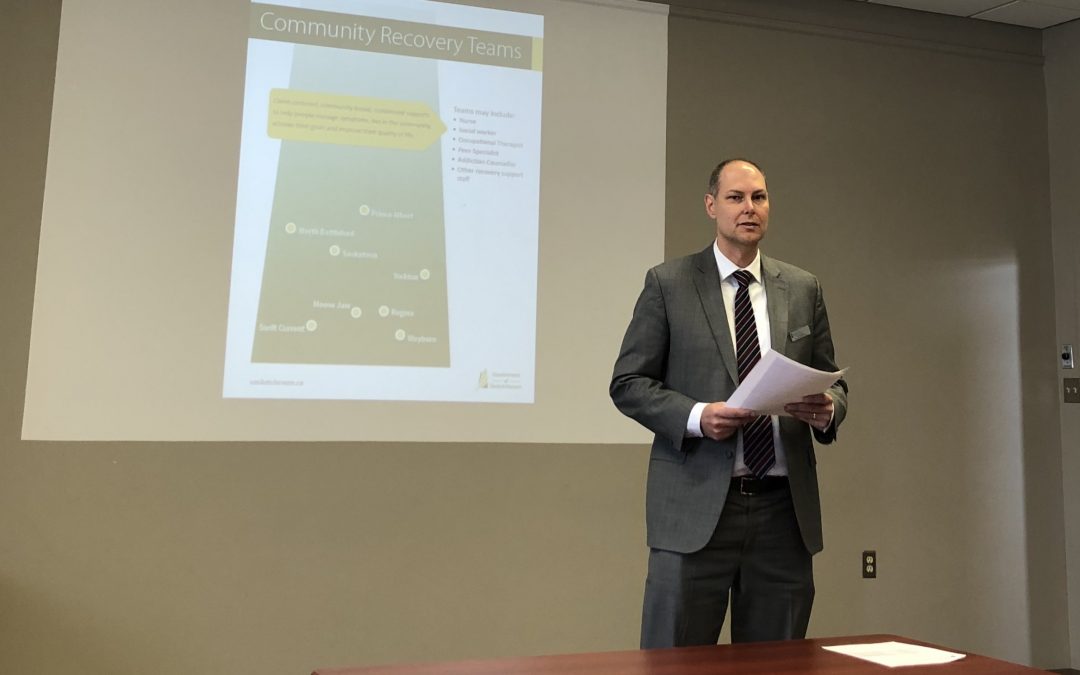 A new team has been launched in Prince Albert to offer support to those dealing with mental health challenges.

An occupational therapist is also expected to be hired for the team.

Carolyn Vandyck is the team leader in Prince Albert and she says they have already received requests for their services outside the city.

“We will be going to Shellbrook but for now we said we will not go much further,” she says.

The Prince Albert team has been operating since just after Christmas but was officially introduced at a provincial government press conference on Friday.

“A team in North Battleford will be announced in the near future,” Saskatchewan Health Authority Chief Human Resources Officer Mike Northcott says. “Every CRT team has its own unique skills. We want to meet people where they’re at and keep people closer to home.”
A total of $4.2 million in provincial government funding is going towards the eight new community teams.

“I’m proud to be a part of a province that doesn’t leave the most vulnerable to themselves,” Melfort MLA Todd Goudy says. “I’m glad that Prince Albert has a group of people just focusing on the mental health of individuals in this community.”