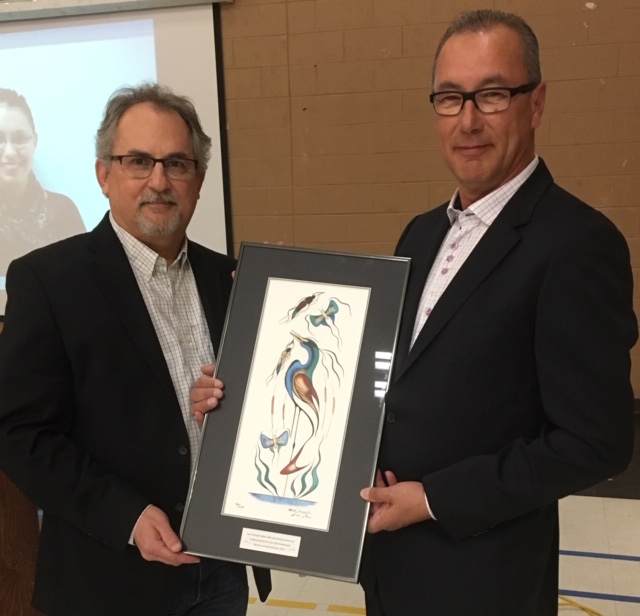 The organization provides a number of services to the band’s six-member communities including child protection and foster care.

Child and family services assistant director Kyla McKenzie says a lot has changed over the years.

“They started with I believe it was eight staff, just shadowing ministry workers and seeing how things were done,” she says. “Right now, we have 52 staff, we’ve expanded in terms of programs and services that we provide. We have a whole prevention area of our agency now that didn’t exist before.”

However, since the beginning and to present, McKenzie says the agency has always come from the philosophy that children are best served when allowed to stay within their own community.

“To provide those preventative services and keep children with families and families intact as opposed to the way we used to do business when it was apprehend and ask questions later.”

She says chronic underfunding has always been a challenge for the agency but things appear to be changing after a Canadian human rights tribunal ruling that recognizes on-reserve services are not equally funded compared to other jurisdictions.

The Trudeau government has also recently put forward its own child and family services legislation which seeks to move control of Indigenous child welfare services away from federal and provincial governments and to First Nations communities.