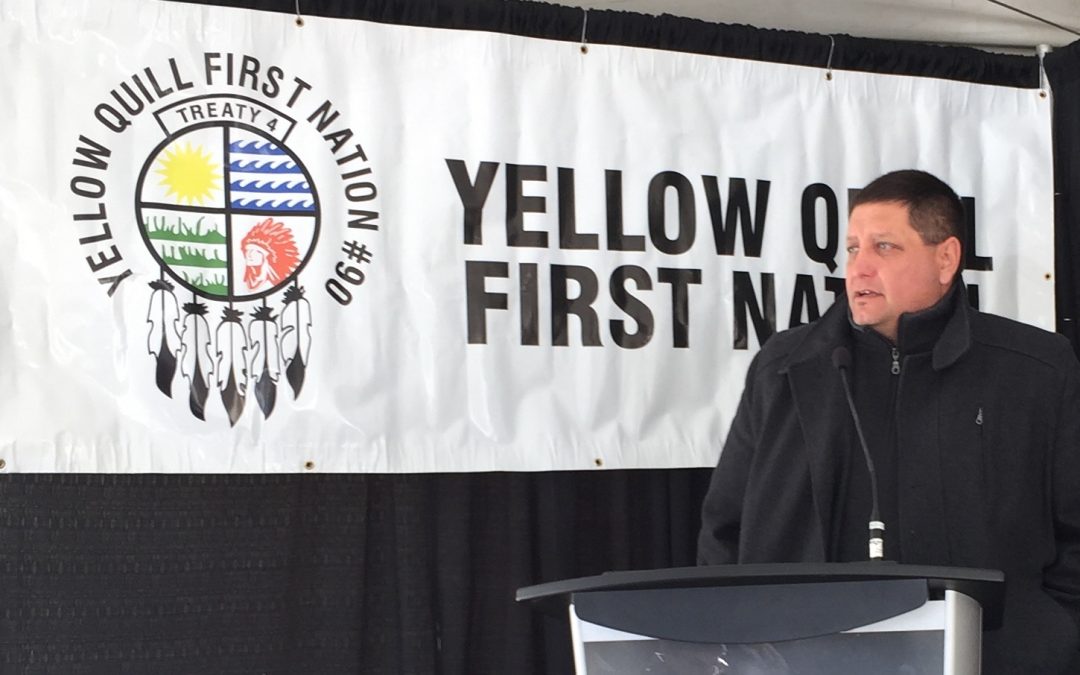 Canada’s first co-working space on an urban reserve will soon open in Saskatoon.

The facility is called Uspace and is being built on the second floor of the First Nations Bank of Canada building on 4th Avenue South.

The creation of the urban reserve under the authority of the Yellow Quill First Nation was announced in October.

Uspace’s soft opening is taking place on April 1 and the official launch has been scheduled for May 1.

“The reason we are creating this is because in this province there is an enormous amount of Indigenous business talent,” says Tim Hopkins, who is helping launch Uspace. “Our space is catering to Indigenous people. Our mission is to create a space that fosters and grows a diverse and prosperous Indigenous business community while creating sustainable relations between First Nation, Métis, Inuit people and Canadian Businesses. That’s the unique part of who we are.”

The co-working space will include a fully equipped boardroom, common area, business class equipment and various sizes of offices for rent.

“The technology that we are putting in the space will allow us to reach the north and the far north,” adds Hopkins. “Once we can get to northern Saskatchewan, we can get everywhere. This will absolutely benefit the north.”

Hopkins says that a Uspace Kickstarter campaign has been launched to raise funds and gain crowdfunding experience but they will be going forward with the project even if it isn’t funded on Kickstarter.