Blackhawks look back on season 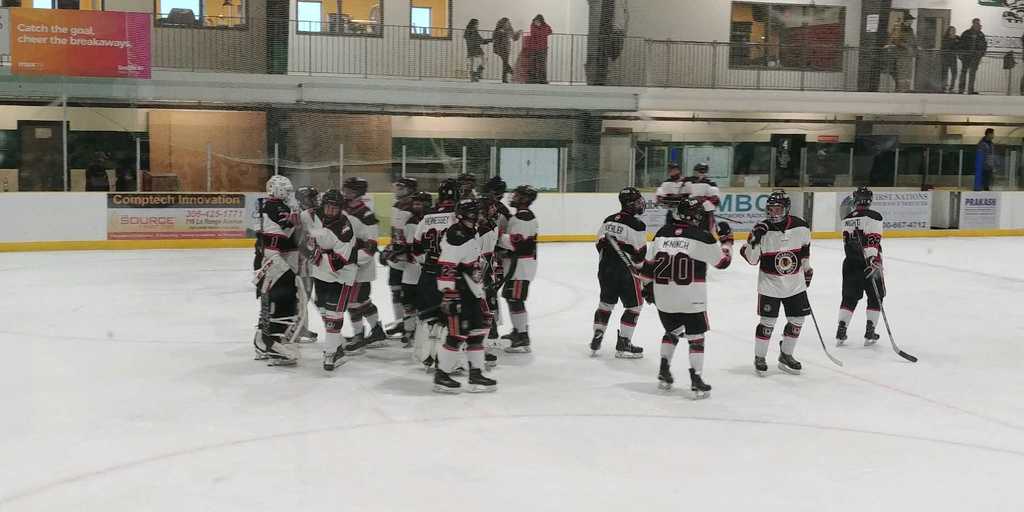 Another season has come and gone for the Beardy’s Blackhawks of the Saskatchewan Midget AAA Hockey League.

The Blackhawks were swept in the first round of playoffs by the Tisdale Trojans last week. The team finished in seventh in the overall standings during the regular season with its 21-18-5 record.

Dale Grayston is the coach of the Blackhawks and says they are losing some key players due to graduation.

“Nolan Doell and Holden Knights – they put up big numbers for our level this year, each hitting over the 50-point plateau, almost 30 goals each,” said Grayston. “Griffen Ryden, another veteran who was really, really key to us for system play, we’re really going to miss him.”

Grayston says they have several goals for next season.

“We always want to make playoffs,” said Grayston. “The goal is, when you start off, is to finish as close to the top five as you can to get to Calgary to the Mac’s Tournament. That will be another goal of ours next year, obviously finishing as high as we can – in the top eight to be part of playoffs.”

Meantime, the Blackhawks will host a spring camp March 23-24.

(PHOTO: The Blackhawks played a game in La Ronge this past season. File photo.)