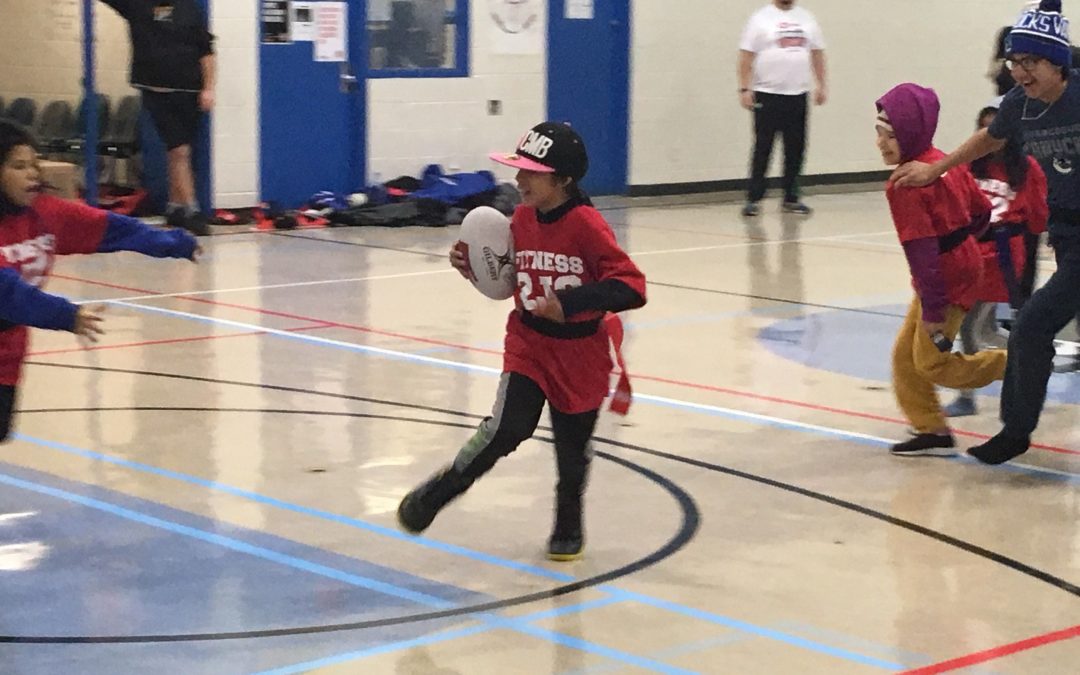 Around 70 children in Sandy Bay and Pelican Narrows recently had the opportunity to learn the sport of rugby.

The game, which is usually very physical, is made safer by allowing the kids to use belt flags.

The two-day rugby camp is associated with Rugby Canada and teaches kids the basics of the game, while remaining non-contact.

Saskatchewan Rugby and Northern Sport Culture and Recreation have also partnered to bring the sport to Indigenous communities in the north.

“Just recently, I was approached by Saskatchewan Rugby to assist them with bringing rugby to Indigenous communities,” says northern fitness guru and owner of Fitness 2J2, Joel Pedersen.

Pedersen, who played some rugby during high school, was excited to get back into the sport and introduce kids to it. He adds that it is a great sport to get involved with since there is not expensive equipment, like there is in hockey. Also, there is a position for every body type and athletic ability.

“What we are really looking to do is build capacity for the sport of rugby in Saskatchewan,” says Pedersen. “The Indigenous population is the province’s the fastest growing, so realistically, we want to give opportunity to Indigenous youth and adults to play the sport, so it can build up.”

Rugby is either played with 15 players or seven players. The 15-player version is typically more physical and the game is longer in time. The seven-player version, or Rugby 7’s, consists of more running.

There will be a Rugby 7’s team representing Canada in the 2020 North American Indigenous Games. Pedersen hopes that the rugby camp will develop and mentor future players that can represent the country or province on different platforms.

Pedersen goes on to explain that the sport is also used as a form of reconciliation. New Zealand is a world leader in rugby and they begin every match with a traditional Māori dance called the Haka.

The original two-day Rookie Rugby camp took place in Green Lake. Next, he hopes the program will visit communities in the northwest corner of the province.

Fitness 2J2 is a health and wellness company that focuses on contributing to the success and vitality of communities. Fitness 2J2 also promotes healthy and positive lifestyles for Indigenous people of all ages and abilities.