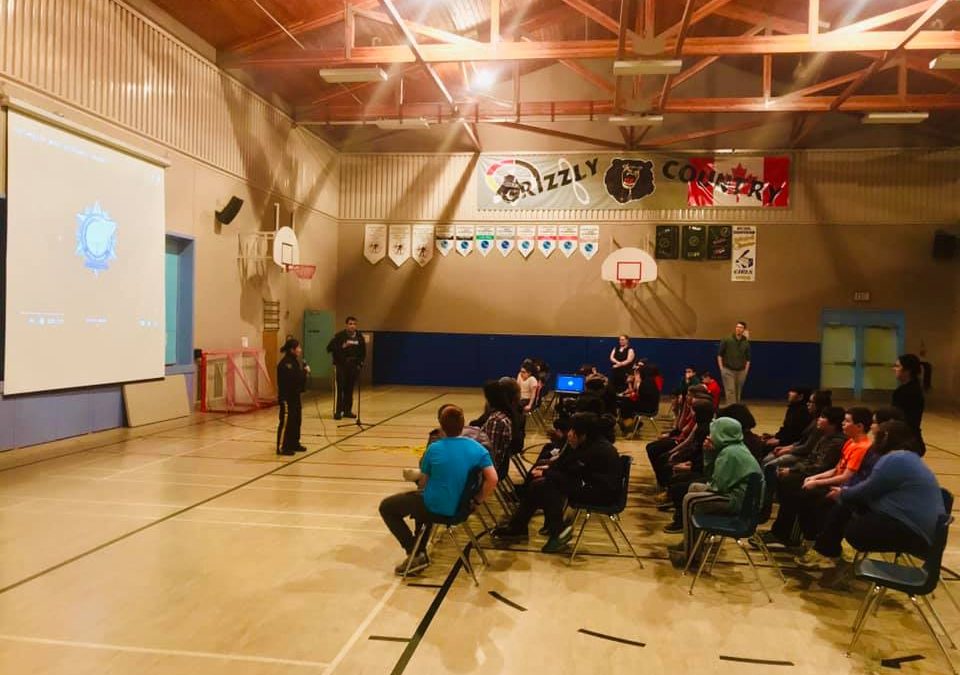 The La Ronge RCMP is in the final weeks of a program aimed at preventing youth from joining gangs.

Police say kids as young as 12-years-old are being pressured to join gangs.

They say youth that join gangs do so because they may feel unwanted by family, peers or society in general and believe gang life will fill the void.

The RCMP multi-module program is called End Gang Life and is a gang education, prevention and awareness initiative.

Every week, police staff have been visiting local schools to provide information on the realities of gang life.

Alexandra Turcotte is the community program officer for the La Ronge RCMP and heads up the program.

“Each module will cover a different kind of myth, for instance, the first module is you’ll have lots of money, you’ll have expensive cars, lots of stuff and be powerful, we are trying to debunk the myths,” she says.

Another module is women in gangs and there is one that tries to break the myth that gang members have lots of friends that care about them.

End Gang Life originated from the RCMP Combined Forces Special Enforcement Unit of British Columbia as a potential solution to the on-going gang problem in the lower mainland.

“Because it does originate in British Columbia, we have supplemented the program in La Ronge with Indigenous content and content that will be relevant for northern communities,” Turcotte says.

She adds youth in the La Ronge area have been very engaged in the program so far.

Beyond the classroom information sessions, officers are hoping to become more familiar and less intimidating to local youth.

“We’ve noticed it around town already,” Turcotte says. “Kids will wave to us or, even if we are off-duty, kids will notice who we are and they’ll stop to talk to us. I think it’s a great initiative to be more than that floating head in a car.”

Once the in-class modules are complete, there will be a survey to discover if the program has been effective.

The data collected in the surveys will be part of a study to see if the program will be used in other communities.