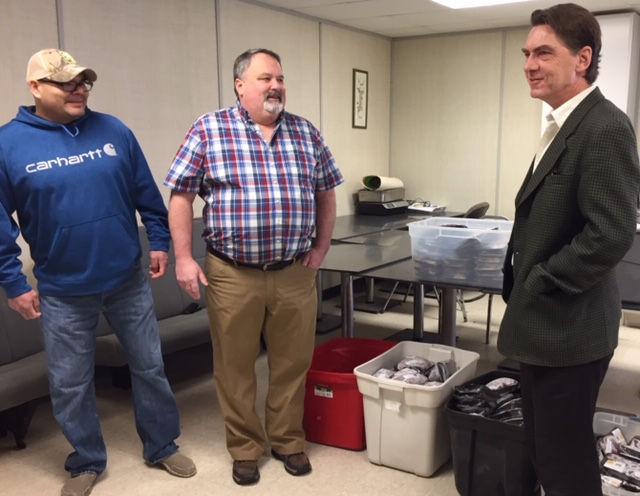 The Prince Albert Food Bank got a big boost Tuesday morning with a donation of about 287 pounds of deer meat.

The donation was made by the organization Hunters with Heart.

The Prince Albert Wildlife Federation played a major role in the donation by performing the initial harvesting of the meat.

“We obviously have a significant number of members in the Prince Albert area,” wildlife federation president Don Erhardt says. “So, we did a lot of work to encourage our members that might have excess deer meat to donate to the program. So, we were fortunate this year that we had some really good support from our folks. So, we’re happy with that.”

Erhardt says the federation also coordinated testing for chronic wasting disease to ensure the meat is safe for consumption.

Aside from the wildlife federation, other members of Hunters with Heart include the Canadian Parks and Wilderness Society, Saskatchewan Polytechnic, Community Mobilization Prince Albert and Caribou Transport.

(PHOTO: Left to right, Jason Bickert and Don Cyr of Saskatchewan Polytechnic and Prince Albert Food Bank Executive Director Kim Scruby in front of some of the deer meat that has been donated. Photo by Fraser Needham.)