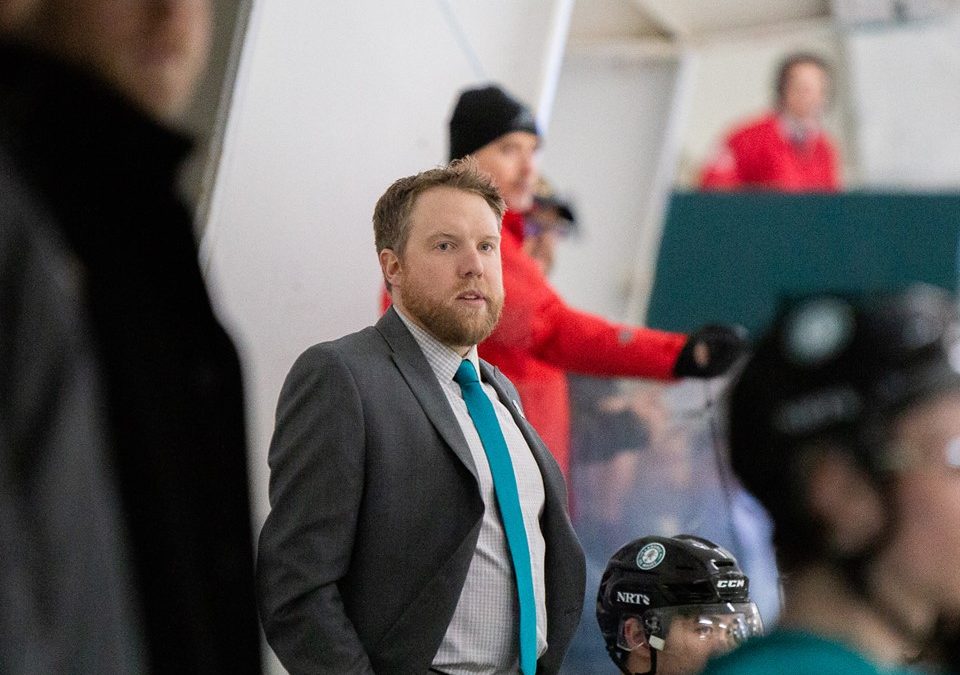 The La Ronge Ice Wolves have made a major change behind the bench.

Late Wednesday night following their game in Yorkton, the Ice Wolves announced that they will not renew the contract of Evan Vossen, who spent parts of three seasons as the team’s head coach and general manager.

“The Ice Wolves would like to thank Evan Vossen for his hard work and dedication over the last 2.5 years,” said La Ronge Ice Wolves President, Grant Merriman. “The board felt that in fairness to our dedicated fans, sponsors, players and prospects that a fresh direction was needed. We wish Evan the best in his future endeavours.”

Vossen, a Swift Current, SK product, compiled a 22-118-2-5 record during his tenure as head coach and general manager. He took over for Shawn Martin, who was fired during the 2016-17 season. Vossen was behind the bench on Wednesday in Yorkton when the Ice Wolves dropped a 9-3 decision to the Terriers. It was La Ronge’s 14th straight setback and the team sits last in the SJHL standings with its 10-42-1-1 record.

The Ice Wolves say they will begin the search for a new head coach and general manager immediately following the season.

Meantime, Gaelan Patterson has been named interim head coach and general manager for the rest of the season. Patterson started the 2018-19 season as the assistant coach with the Ice Wolves. Patterson, a La Ronge product, played for the Saskatoon Blades in the WHL for four seasons before playing eight years of pro hockey all over the world. He was drafted by the Calgary Flames in 2009.

The Ice Wolves also announced that Terry “Moose” Hunt is returning as an assistant coach for the rest of the season. Hunt, who also serves as the team’s marketing director, has been behind the bench on several occasions throughout the years.

The Ice Wolves are back in action on Friday night in Melville when they take on the Millionaires for the fourth time this season. You can catch Friday’s contest live on MBC Network Radio with Braden Malsbury, the pre-game show begins at 7:15 p.m.

(PHOTO: Evan Vossen behind the bench earlier this season. Photo by David Smith.)