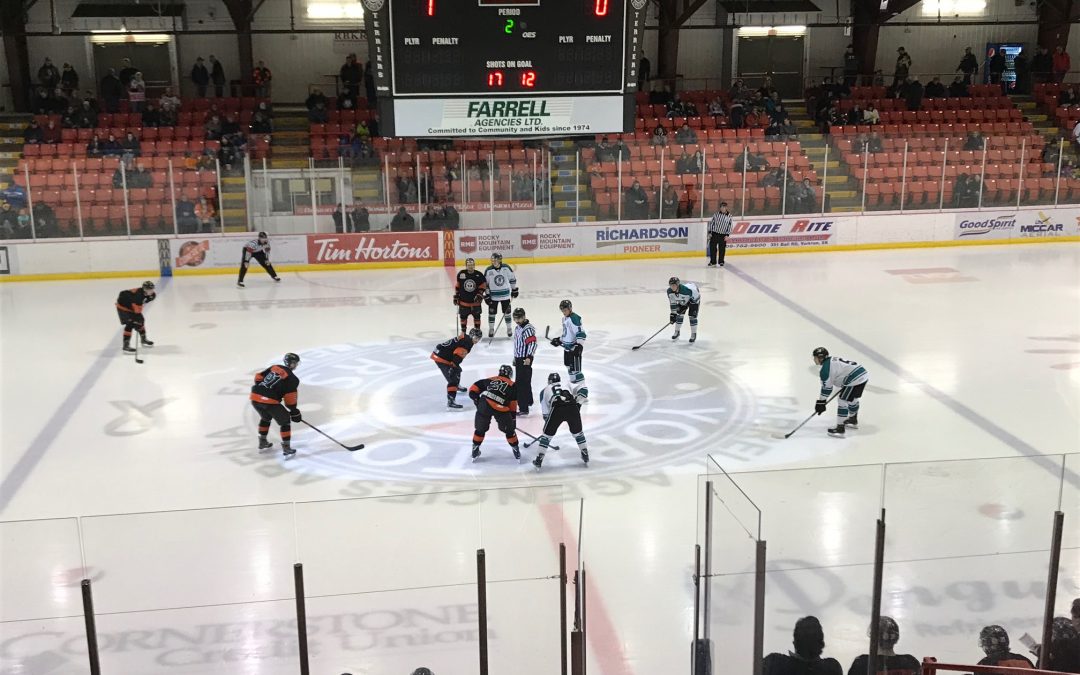 The La Ronge Ice Wolves started a three-game swing with a 9-3 loss in Yorkton on Wednesday night.

The Ice Wolves and Terriers exchanged glorious scoring opportunities in the first, but the Terriers led 1-0 through 20. Quinten Hobbs scored the period’s only goal 9:14 into the game.

Mason Mullaney and Chantz Petruic would both score twice in the middle stanza for Yorkton, as the Terriers took a commanding 5-0 lead into the third period and never looked back.

The Ice Wolves would finally get on the board 2:33 into the third when Stewart Pond picked up the puck in the left circle and ripped a shot far side past Andrew Henderson, which made it a 5-1 contest.

Mason Mullaney and Chantz Petruic both completed hat-tricks in the third, while Brendan Mark and Quinten Hobbs rounded out Yorkton’s offence in the third. Zach Bannister and Jake Gudjonson were the other goal scorers for La Ronge on Wednesday.

With the loss, the Ice Wolves are now riding a 14-game losing streak and sit in last in the overall standings with their 10-42-1-1 record.

La Ronge will be looking to rebound on Friday night in Melville when they meet the Millionaires for the final time this season. Friday’s contest gets underway at 7:30 p.m. You can catch the action live on MBC with Braden Malsbury, the pre-game show kicks off at 7:15 p.m.