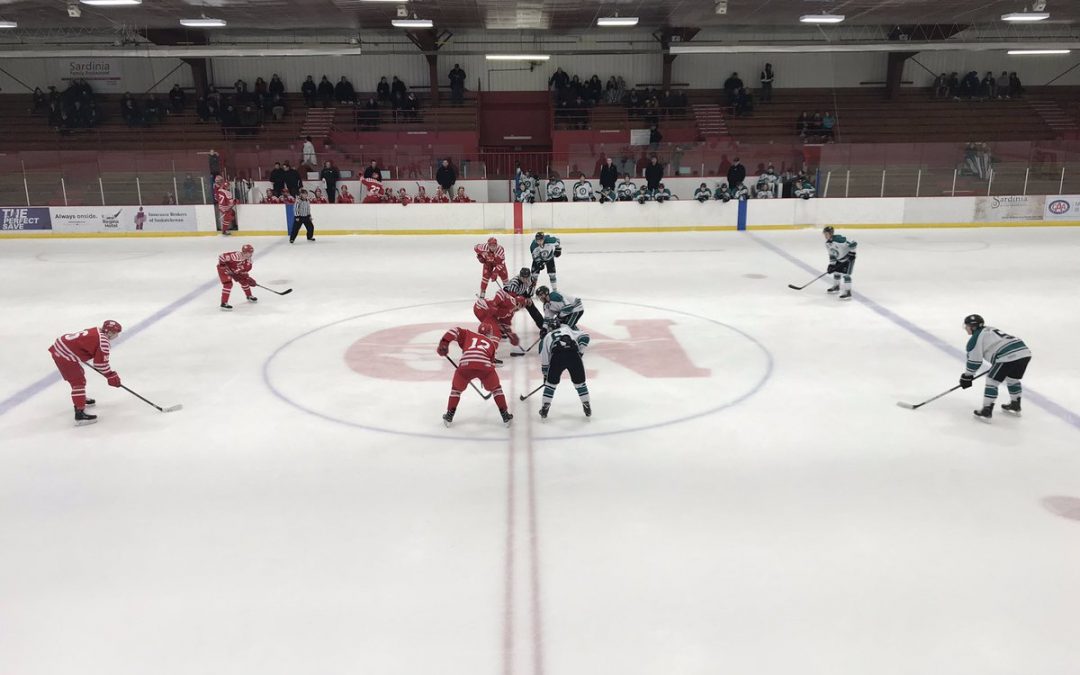 The La Ronge Ice Wolves finished a three-game southern swing with a 6-3 loss on Saturday night to the Notre Dame Hounds in Wilcox.

“I think we battled pretty hard all game and it was definitely a one-goal game — back-and-forth there right until the end,” said La Ronge Ice Wolves Interim Head Coach Gaelan Patterson. “You got to give yourself a chance at the end there to go for it — and we did, just fell short, but I’m proud of the guys.”

Following a scoreless opening 20 minutes, the La Ronge Ice Wolves got on the board first 7:19 into the second when Dylan Thackeray sent a shot on net that bounced off Max Kleiner’s stick and into the net for his sixth of the season. The Ice Wolves took a 2-0 lead 10:18 into the frame when Stewart Pond found Zach Bannister, who rifled home his 27th of the season on the right side.

The Hounds cut the lead to one 12:27 into the second when Kyle Robinson sent a hot shot past Brendan Benoit in the high slot. Notre Dame made it a 2-2 game with just 47 seconds remaining in the stanza when Sho Takai notched his fifth of the season.

The Hounds took their first lead of the game 14:04 into the third when Tanner Tarbell sent a shot past Benoit from an odd angle, which put Notre Dame up 3-2. The Ice Wolves didn’t fold up their tent and tied the game at three 17:23 into the third when Jordan Mish banged home a rebound for his 14th of the season.

Jarrett Penner scored the eventual game-winner 18:26 into the third when he beat Benoit between the wickets for his 20th of the season, which made it a 4-3 contest. Jakob Breault and Cole Stevenson added empty-net goals, as the Hounds recorded their fourth straight victory.

“We didn’t quit, we battled through everything — whether they scored, we’d come back,” said La Ronge Ice Wolves forward Zach Bannister. “The guys in here want to win and that’s something Patty (Gaelan Patterson) has talked to us about. It’s just something we are going to keep working towards.”

With the loss, La Ronge slipped to 11-43-1-1 on the season. The Ice Wolves will try to rebound next Friday night when they open a home-and-home series in Flin Flon with the Bombers. You can catch the action live on MBC Network Radio with Braden Malsbury, the pre-game show gets underway at 7:15 p.m.

The Ice Wolves have just two games remaining on their regular season schedule. La Ronge closes out the 2018-19 campaign at home next Saturday versus the Bombers.

(PHOTO: The Ice Wolves made their final trip of the season to Wilcox Saturday. Photo by Braden Malsbury.)