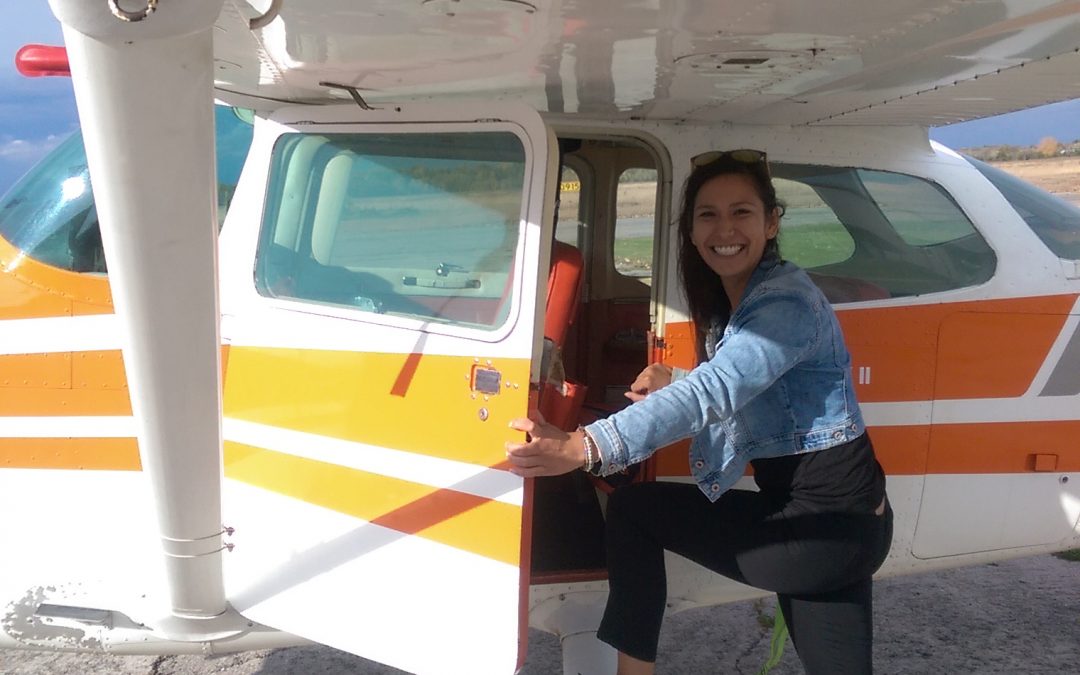 Many Northern communities in Saskatchewan rely heavily on air transportation for basic needs.

Saskatchewan-born Daniella Petitti realized that she could use her passion for flying to help communities that depend on planes for supplies and food.

Before she began her flight training, Petitti was working in Calgary as medical lab assistant and was helping a man who was there to have an ECG.

“There was just something about him,” said Petitti. “He was like glowing to me. Before I shut the door (of the examination room), I asked him, ‘are you a pilot?’”

He said that he was and that he flew in the north and the two chatted about flying for a few minutes.

Petitti expressed her interest about training for her private pilot’s licence, but that she did not have the funds to make it happen.

The man left and Petitti carried on with her day. Later she found an envelope from the man with $500 and a note that said, ‘for ground school.’

To this day Petitti does not know who the man was, but that encounter was the inspiration for her to start training at a local flying club.

A couple years later at the age of 30, Petitti quit her job and decided to continue her education at the First Nations Technical Institute (FNTI) on Tyendinaga Mohawk Territory in Ontario.

The program is the only Indigenous post-secondary program of its kind and is offered exclusively to First Nations, Inuit and Metis people. It attracts people from across Canada.

The school is provincially funded and works in partnership with Canadore College in North Bay, Ontario. Graduates of the First Peoples Aviation Technology program will receive an advanced diploma at the end of the three year program. Graduates will also be licenced commercial pilots with an option of working towards a float plane rating or a flight instructor rating.

The training flights are subsidized which is beneficial to the students, but that means higher costs for the school since the planes are in greater demand.

During the three years, students receive courses such as the History of Aboriginal Relations, Introduction to Indigenous World Views and Canada’s First Peoples.

“I learned so much about culture,” explains Petitti. “I didn’t realize that I didn’t know so much. Being Indigenous, I did have some culture, I did know about it, but going to this place I learned to bead, I learned so many things that are Indigenous related and that helped me grow.”

Canada is currently facing a pilot shortage as many pilots are retiring and there is not enough interest from the next generation to fill seats in the cockpit.

“Right now is the best time to get into flying,” says Petitti. “My only advice is to believe you can do it and you can do it. I was the oldest student at my school, so it doesn’t matter if you are 18 or 30.”

The end goal for Petitti is to fly float planes in the north during the summer months to deliver food and supplies to communities. In the winter season, she hopes to fly floats in the Caribbean.

Before she gets to that goal, she will head back to Ontario from Meadow Lake to obtain her instructor rating to teach people to become pilots.