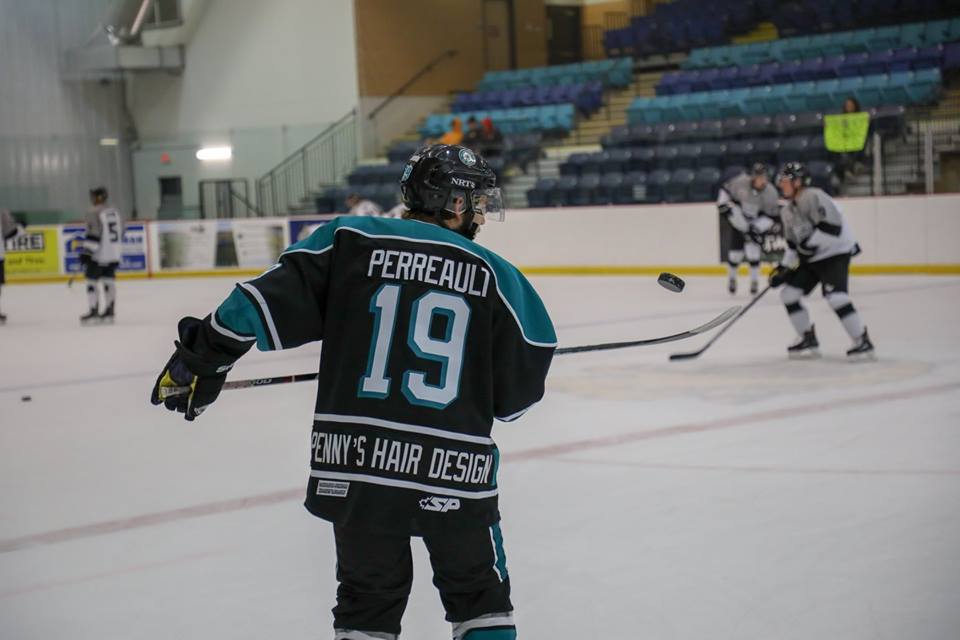 Perreault was in his second season with the Ice Wolves after being acquired during the 2017-18 campaign from the MJHL’s Swan Valley Stampeders. In 36 games with La Ronge this season, the Colorado product recorded 13 points and 74 penalty minutes.

The Kings sit in sixth in the MJHL standings with their 19-18-2-2 record and Perreault has his eyes set on a long playoff run.

“Obviously, hope to make a run for the championship — just do everything I can to help the team win,” said Perreault.

Benoit has split time this season in the MJHL with Neepawa and Dauphin. In six games with the Dauphin Kings, Benoit posted a 4.90 GAA and .877 save percentage. Benoit is from Winnipeg and has also played with the MJHL’s Portage Terriers.

“Obviously, getting a couple younger pieces, which is something that we were looking at doing,” said Ice Wolves Head Coach and GM Evan Vossen. “In the case with (Brendan) Benoit, getting a goaltender that has Junior A experience as well too, even at 18 years old – looking forward to getting him in and getting him settled in.”

The Ice Wolves also acquired forward prospect Aaron Greyeyes from the Battlefords North Stars in exchange for a fourth-round draft pick this year. Greyeyes has 26 points in 27 games with the Beardy’s Midget AAA Blackhawks this season.

Meantime, the Ice Wolves are back in action Friday when they open a weekend series at home versus the Kindersley Klippers.

On Friday, the rosters for the upcoming SJHL/MJHL Showcase in Regina were announced and two members of the La Ronge Ice Wolves made the cut. Forward Zach Bannister and defenceman Antonio Di Paolo will suit up for Team Mitchell. The tournament begins on Monday.