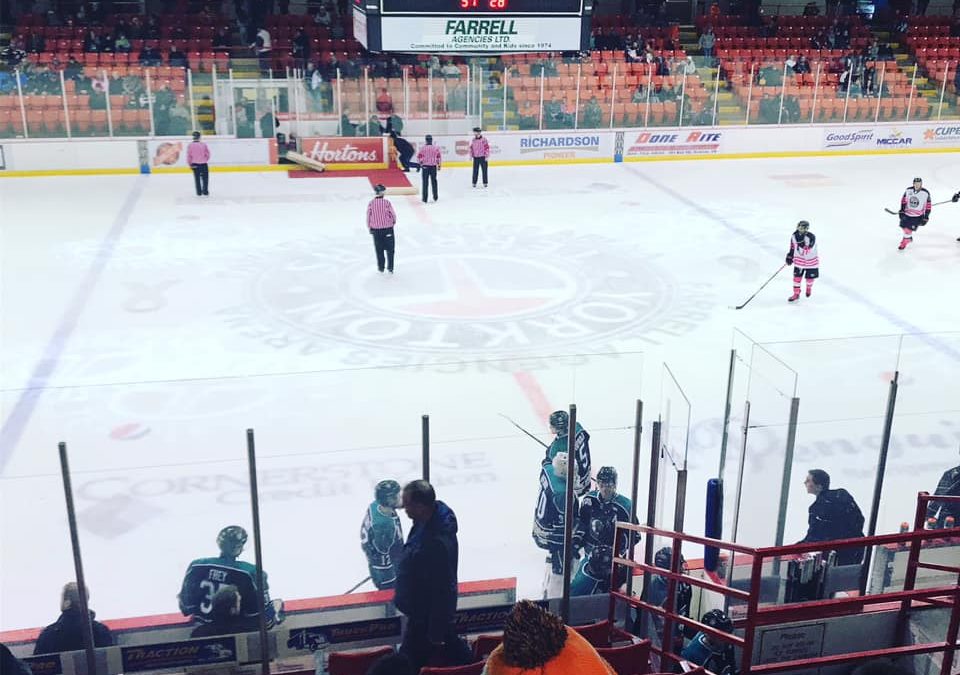 The La Ronge Ice Wolves were looking to snap a four-game losing streak on Friday in Yorkton, but their four-game slide turned into a five-game skid following a 5-2 setback.

“I would say we let a lot of opportunities on Benny (Brendan Benoit) and he was up for the challenge for the most part,” said Ice Wolves Assistant Coach Gaelan Patterson. “We get caught on the wrong side of the puck and give up those chances — you’re not going to win a game.”

The first period was not kind to La Ronge in the shots department. The Terriers outshot the Ice Wolves 26-4 in the opening 20 minutes of play. Yorkton got on the board first 6:12 into the game when Quinten Hobbs fired home his ninth of the season in the slot past Brendan Benoit, who made his La Ronge debut and turned away 52 shots in a losing cause.

The Ice Wolves tied the game at one 9:29 into the second when Jake Gudjonson burst into the Yorkton zone on a partial breakaway and beat Andrew Henderson shorthanded for his 14th of the season. The excitement was short-lived though, as the Terriers took a 2-1 lead just 16 seconds later when Mason Mullaney directed home a Benjamin Solomon offering from the point. The Ice Wolves tied things up at two with just one second left in the second on the man advantage when Zach Bannister jammed home his 20th of the season past Ryan Ouellette. Bannister snapped a two-game pointless drought and tallied his 50th point of the season in the process.

It looked like the Ice Wolves and Terriers might need extra time to determine a winner Friday, but the Terriers scored the eventual game-winner 7:12 into the third when Quinten Hobbs notched his second of the night. Colby Brandt would add some insurance under a minute later and Cody Bruchkowski potted an empty-netter late in the game, as the Terriers tallied their second straight win.

With the loss, the Ice Wolves slipped to 10-33-1-1 on the season, which has them in last in the overall standings and 10 points back of the Weyburn Red Wings for the final playoff spot.

The Ice Wolves will be looking to rebound on Saturday when they conclude a three-game swing in Melville versus the Millionaires.

“We need a win, we need some points here if we have any chance here to get that last playoff spot, we need to start winning some games,” said Ice Wolves Assistant Coach Gaelan Patterson. “It’s just little things right now that are kicking us and hopefully we can get over that here and get a win tomorrow (Saturday) night.”

You can catch Saturday’s game live on MBC Network Radio with Braden Malsbury, the pre-game show gets underway at 7:15 p.m.

(PHOTO: The Ice Wolves made their visit to Yorkton this season Friday. Photo by Braden Malsbury.)