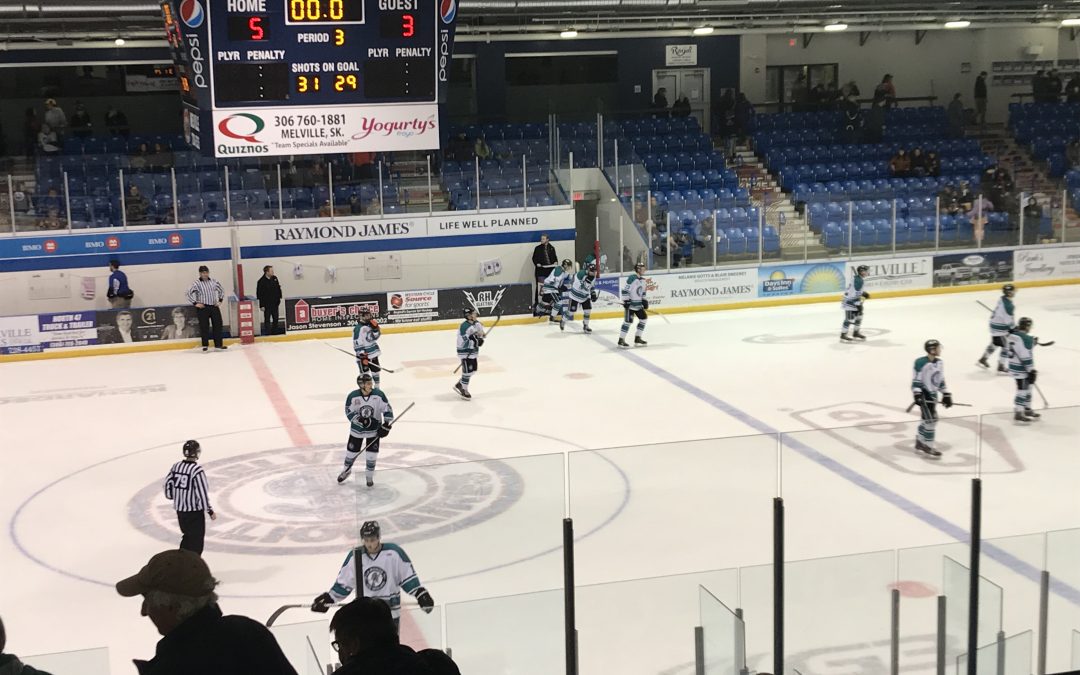 The La Ronge Ice Wolves ended a three-game southern swing with a 5-3 loss in Melville on Saturday night.

“I thought they (the Ice Wolves) battled for the most part and it was a decent hockey game,” said Ice Wolves Assistant Coach Gaelan Patterson. “I think they (Melville) had more energy, you could tell they hadn’t played since last weekend, I believe. It’s one of those things — we just got to bear down, but it was really a one-goal game and a close one for sure.”

The Millionaires opened the scoring 7:36 into the game on the power play. Luke Spadafora finished off a pretty passing play when he ripped the puck upstairs on Jordan Frey, who finished the night with 26 saves in the loss.

The Ice Wolves tied the game at one 3:18 into the second on the power play when Antonio Di Paolo picked up a juicy rebound and hammered the puck into the yawning cage. Melville would take a 2-1 lead just 10 seconds later when Luke Nkwama notched his sixth of the season. La Ronge tied the game at two 11:27 into the frame when Stewart Pond sent a shot on net that fooled Colby Entz. The see-saw battle continued and the Millionaires pulled ahead 3-2 14:44 into the second when Josh Borynec recorded his 12th of the campaign.

The Ice Wolves pressed for the equalizer in the third and eventually got it just over ten minutes into the frame. Max Kleiner finished off his own rebound and stuffed the puck past Entz for his fifth of the season, which made it a 3-3 score. Melville took a 4-3 advantage 12:20 into the third when Damien Bentz notched his seventh of the season. Jacob Bourchier added an empty-netter late, as the Melville Millionaires snapped a seven-game skid.

La Ronge product Brandt Fiske played his third game as an affiliated player on Saturday with the Ice Wolves. The forward and current member of the Yorkton Maulers Midget AAA team tallied an assist on the Kleiner marker.

With the loss, the Ice Wolves slipped to 10-34-1-1 on the season, which has them in last place in the overall standings and 12 points back of the Weyburn Red Wings for the final playoff spot.

The Ice Wolves will look to end a six-game slide on Thursday night at home when the Notre Dame Hounds come to the Mel Hegland Uniplex for a 7:30 p.m. puck drop.

Prior to Thursday’s game, the Ice Wolves will be holding a moment of silence in honour of Nakehko Lamothe, who passed away over the weekend. Lamothe was a former forward with the Ice Wolves.

(PHOTO: The Ice Wolves made their first trip of the season to Melville Saturday. Photo by Braden Malsbury.)