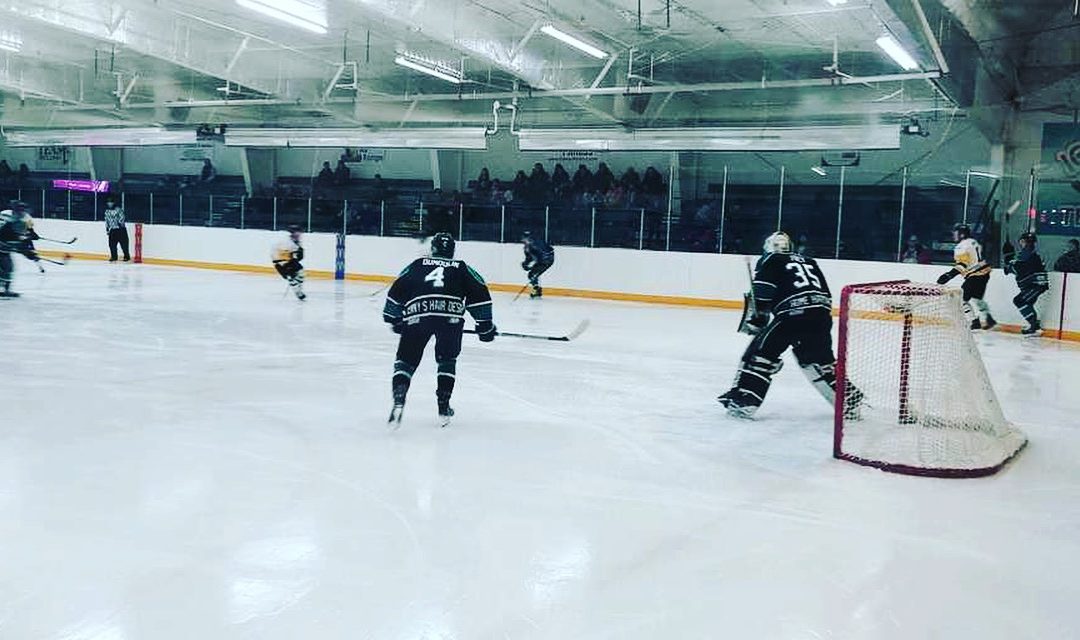 The La Ronge Ice Wolves earned a single point following a 3-2 shootout loss to the league-leading Nipawin Hawks on Friday night at the Mel Hegland Uniplex.

“I thought we played quite well, actually,” said Ice Wolves Head Coach and GM Evan Vossen. “You know, a couple of little errors in the first and second there, but for the most part, played pretty complete.”

“Going into the third period down two, and you score two against a real good hockey team and close out a third period to take it to overtime. You know we had our chances there (in overtime) and it goes to a shootout and it just becomes a one-on-one battle.”

The Hawks opened the scoring 18:13 into the game when Michael Makarenko wired a shot upstairs on Jordan Frey, who was sensational. The Saskatoon product finished the evening with 55 saves in a losing cause. Nipawin took a 2-0 lead 2:29 into the second period when Arik Breton jammed home his eighth of the season past Frey.

The Ice Wolves would finally get on the board 1:12 into the third period when Jake Gudjonson flew down the right wing and beat Declan Hobbs on the ice for his 12th of the campaign. La Ronge would tie the game at three 15:15 into the third when Jordan Mish sent a wicked backhand upstairs past Hobbs.

Regulation and overtime solved nothing, so the Ice Wolves and Hawks needed a shootout to settle things. Austen Flaman ended the shootout in the fifth round when he beat Frey. Flaman was the only player to find the back of the net in the shootout. Nipawin outshot La Ronge 58-21 on Friday evening.

“It felt like they were for sure pressing us, but I felt we pushed back pretty hard in the third period and capitalized on the chances we got,” said Ice Wolves forward Jake Gudjonson.

With the loss, La Ronge slipped to 10-30-1-1 on the season, which has them in last place in the overall standings. Following Friday’s action in the SJHL, the Ice Wolves inched closer to a playoff spot and are just 10 points back of Melville for the final playoff spot.

The Ice Wolves look to rebound on Saturday night in Nipawin when they conclude the home-and-home series with the Hawks. You can catch the action on MBC Network Radio with Braden Malsbury, the pre-game show gets underway at 7:15 p.m.