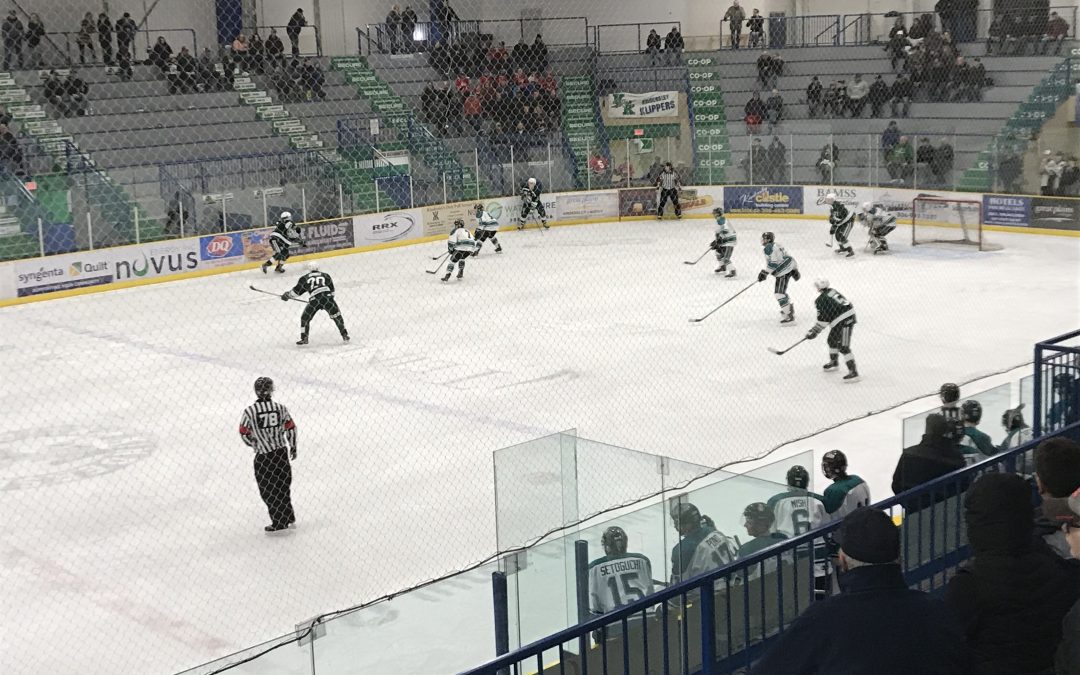 The La Ronge Ice Wolves ended their weekend with a 5-0 loss in Kindersley on Saturday night.

“You know, there were some good things out there from our team,” said Ice Wolves Assistant Coach Gaelan Patterson. “I think a few mistakes early in the game cost us. We rebounded well and we actually played a pretty strong game, I don’t think it was a 5-0 game. I think our guys battled to the end.”

Both teams exchanged several quality scoring chances through the first 20 minutes, but the Klippers found the back of the net three times. Austin Nault opened the scoring on the power play 5:25 into the first when he jammed home a rebound past Jorday Frey, who ended the night with 40 saves in the loss. Tyler Traptow made it 2-0 13:25 into the stanza when he redirected an offering past Frey. Cameron Shorrock put the Klippers up by three 16:39 into the first.

Austin Nault recorded his second of the evening with 50 seconds left in the second on the power play, which put Kindersley up 4-0. Kyle Bosch tallied his fourth of the weekend against La Ronge 6:43 into the third, as the Klippers rebounded after losing 6-5 in overtime Friday to the Ice Wolves.

Justen Close made 22 saves for the win and the Kindersley product recorded his second shutout of the season in the process.

Meantime, the third frame was a feisty one. La Ronge’s Samson Mouland and Kindersley’s Tate Page dropped the gloves at centre ice for the main event 4:56 into the stanza. With just over a minute left in the game, La Ronge’s Zach Bannister squared off with Kindersley’s Devon Cyr.

“They’re a big, strong team and you got some guys that stepped up to the plate, and that was really nice to see,” said Ice Wolves Assistant Coach Gaelan Patterson. “I think it’s a character thing there, and the guys — they rally around that, for sure.”

With the loss, the Ice Wolves slipped to 9-29-1-0 on the season, which has them in last place in the overall standings. Following Saturday’s action in the SJHL, La Ronge is now 13 points behind the Melville Millionaires for the last playoff spot.

The Ice Wolves will be looking to rebound next Friday at home when they entertain the Kindersley Klippers at the Mel Hegland Uniplex.