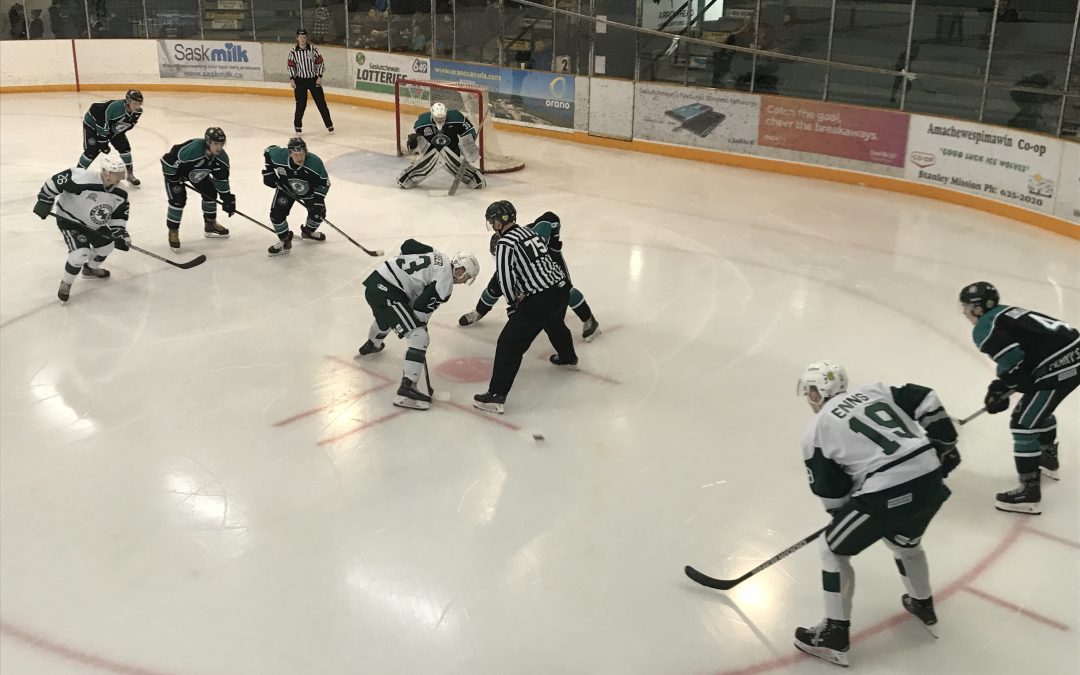 The La Ronge Ice Wolves kicked off their weekend with a 3-2 victory on home ice Friday against the Kindersley Klippers.

“A lot of things I think were going right for us out there,” said Ice Wolves Assistant Coach Gaelan Patterson. “I think that the boys competed for 60 minutes and that made the difference. We played the way we needed to play at home — here in our small barn.”

The Ice Wolves were relentless on the forecheck in the opening period, which paid dividends. La Ronge jumped out to a 1-0 lead 3:32 into the game when Jake Gudjonson danced into the slot and beat Zach Johnson upstairs for his 11th of the season. The Ice Wolves took a 2-0 advantage on the power play 5:39 into the frame when the puck appeared to hit Daunte Fortner and sneak past Johnson. Fortner got credit for the goal, which was his sixth of the campaign.

“The boys were just clicking tonight, every line was going,” said Gudjonson. “(Jordan) Frey had a helluva game and we just found a way to get it done.”

Jordan Frey was dialled in on Friday night and ended the evening with 46 saves for his second victory of the season. The Saskatoon, SK product turned away 21 shots in the third period.

“Felt good, right from the start, seeing the puck early,” said Frey. “Guys kept things outside early and just let me get into rhythm, and kind of just got going from there.”

Neither team was able to find the back of the net in the second, but the Klippers made things interesting 2:07 into the third when Tate Page notched his first of the season, which cut La Ronge’s lead to one. The Ice Wolves took a 3-1 advantage 5:29 into the period shorthanded when Jordan Mish ripped home his ninth of the season after getting a sweet pass from Zach Bannister. Kyle Bosch would reply for Kindersley 10:04 into the third, but that is as close as the Klippers would get. Meantime, Zach Johnson made 24 saves in a losing cause for Kindersley.

With the win, the Ice Wolves improved to 10-29-1-0 on the season, which has them in last in the overall standings. La Ronge is now 11 points back of the Melville Millionaires for the final playoff spot.

The Ice Wolves are 3-2 since the Christmas break and they will search for their second straight win on Saturday evening when they host the Kindersley Klippers at 7:30 p.m. 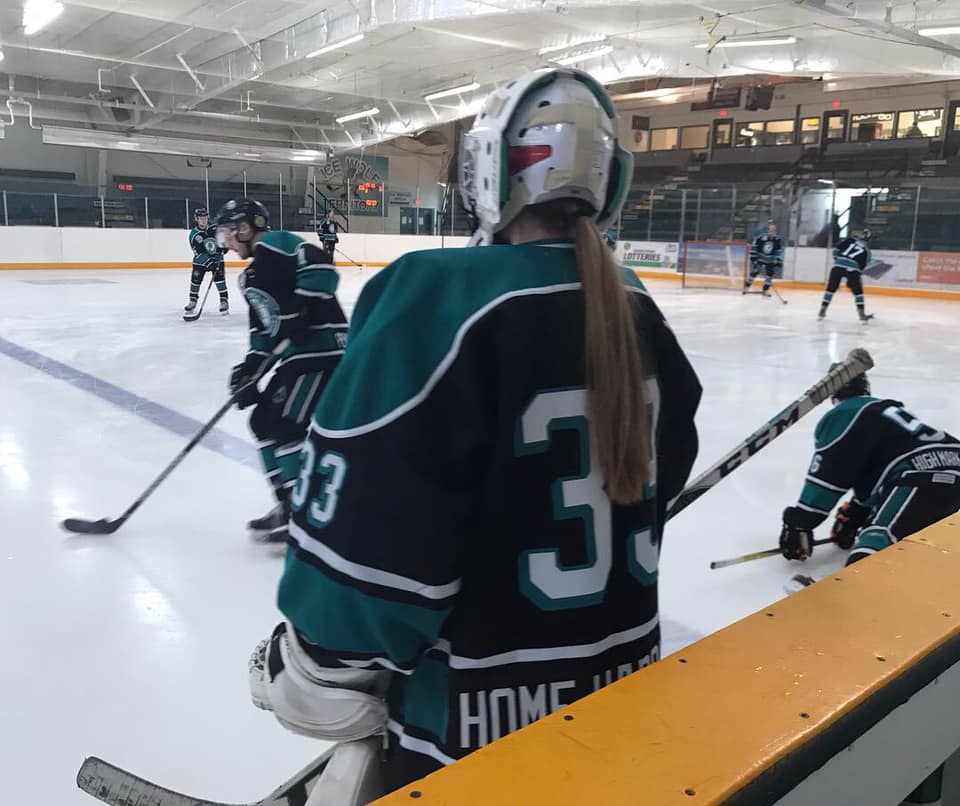 Meantime, 17-year-old female goalie Taylor Keast served as the backup for Jordan Frey on Friday. With new goalie Brendan Benoit still travelling from Manitoba and the departure of netminder Daniel Davidson to Burlington, the Ice Wolves did not have a backup. Keast, a local midget goalie, got the call.

“It was pretty cool, I’ve grown up here, so when I was a little kid, I used to want to play for the Ice Wolves,” said Keast. “It was fun, it was a really good experience.”

Keast adds that when she came into the dressing room, one of the players welcomed her to the team, which made her feel right at home.