Bombers get revenge versus Ice Wolves 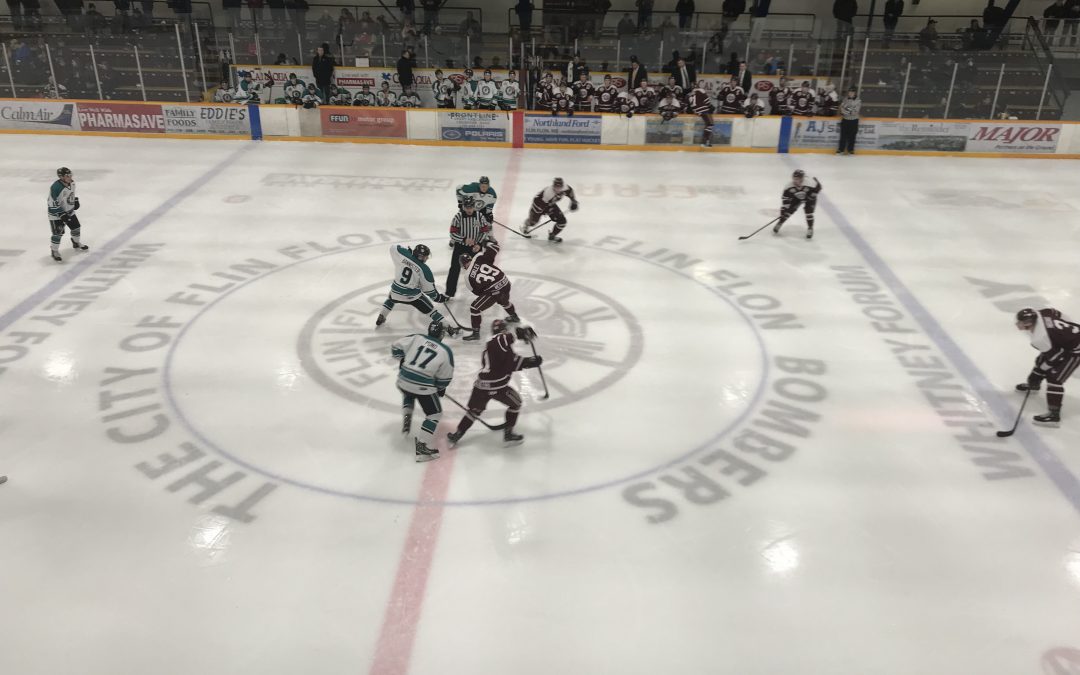 After a 6-3 win at home on Monday night against the Flin Flon Bombers, the La Ronge Ice Wolves dropped a 9-1 decision in Flin Flon on Tuesday evening in the conclusion of the home-and-home series.

Penalties proved to be costly for the Ice Wolves at the Whitney Forum on Tuesday night. The Bombers tallied three straight times on the man advantage in the first period, which proved to be La Ronge’s downfall.

Brandson Hein, Donavan Houle and Caleb Franklin all scored twice for the Bombers, while Nate Hooper, Reid Robertson and Daylan Marchi added singles for Flin Flon. Jacob Delorme recorded the win in net, he finished the evening with 21 saves.

Jake Gudjonson had the only La Ronge goal 25 seconds into the third period when he finished off a pretty passing play. Daniel Davidson got the start in the La Ronge net, but was replaced in the first period after surrendering four goals on 14 shots. Jordan Frey allowed five goals on 43 shots in his relief appearance.

With the loss, the Ice Wolves slipped to 8-28-1-0 on the season, which has them in last place and 13 points back of Melville for the final playoff spot. La Ronge went into the day 11 points behind Melville, but the Millionaires defeated Yorkton 4-2 on Tuesday.

The Ice Wolves will be looking to rebound on Friday night in Kindersley when they take on the Klippers for the third time this season. The Ice Wolves and Klippers will also meet on Saturday at the West Central Events Centre. You can catch the action on MBC Network Radio, the pre-game show begins both nights at 7:15 p.m. with Braden Malsbury.

Friday’s matchup in Kindersley marks the first of four straight contests against the Klippers for the Ice Wolves. La Ronge is home to Kindersley the following weekend for a couple of games.

(PHOTO: The Ice Wolves made their first trip of 2019 to Flin Flon Tuesday. Photo by Braden Malsbury.)