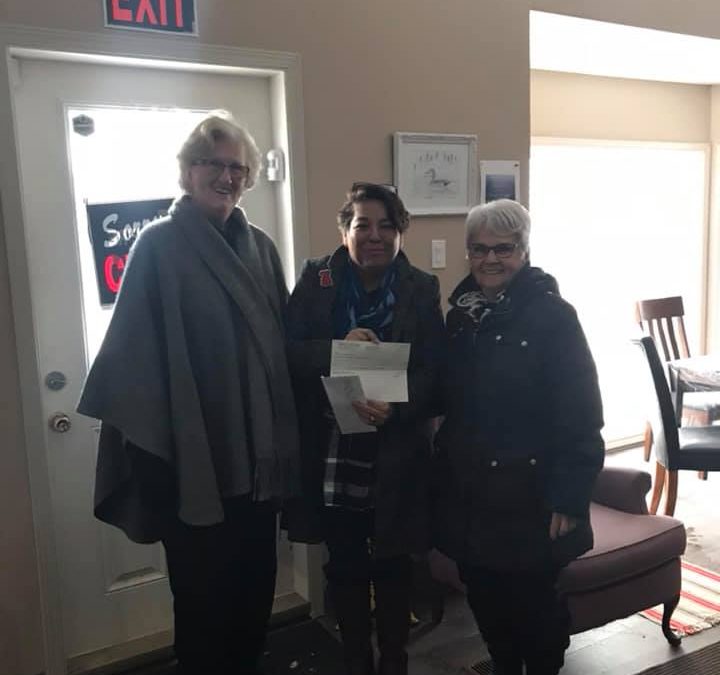 For over a decade, the Morningstar Christmas Faire in La Ronge has been fundraising for the Piwapan Women’s Centre. Most years, the money goes towards school supplies or toys for the playroom at the centre.

This year, however, donations are going towards a $15,000 new playground, with completion expected to be next fall.

The money is raised from the fee that is charged for renting a table at the fair, as well as through a donation box. Morningstar Christmas Fair collected $2600 and half of it was given to Piwapan.

The other $1300 was donated to the long-term care facility at Mamawetan Churchill River Health Region.

Piwapan Women’s Centre in La Ronge is a facility offering shelter and services to women and their children who have escaped violent family situations.

Over the last four years, more than $5000 has been raised for Piwapan Women’s Centre.

This was the 35th annual Morningstar Christmas Faire.