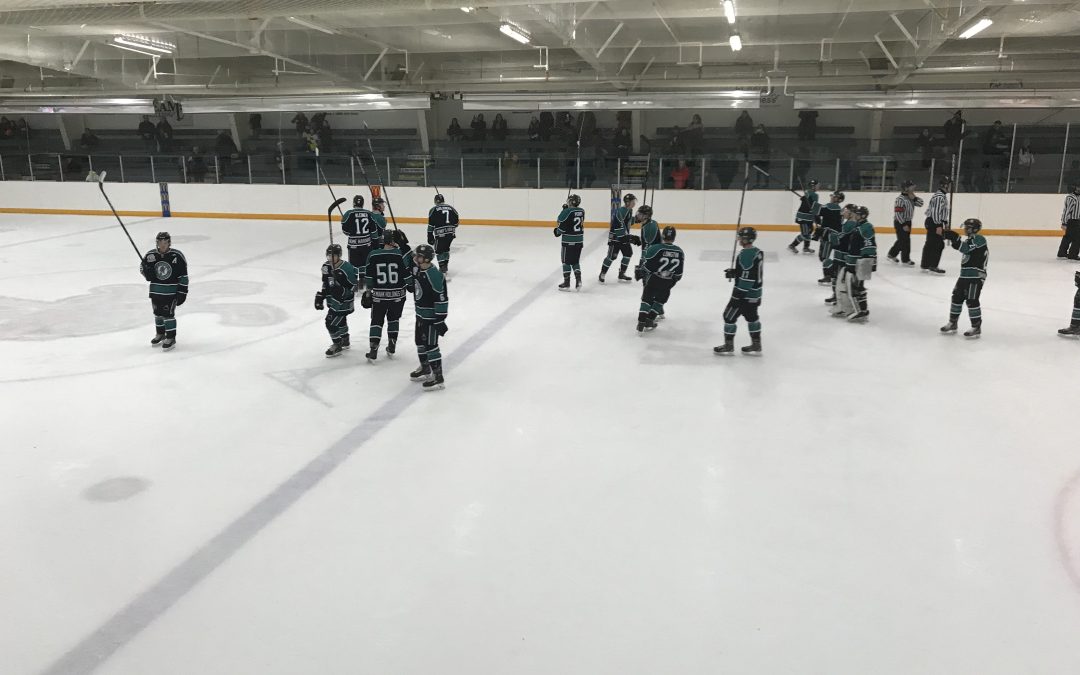 The La Ronge Ice Wolves started the second half of the season with a 6-3 win over the Flin Flon Bombers on Monday night at the Mel Hegland Uniplex.

“I think we just came out hard and by committee, we played a real strong game,” said Ice Wolves Assistant Coach Gaelan Patterson. “I think all four lines really contributed — and our D (defencemen), and our goalie — everybody, it was good to see. I think the break served us well and the boys came back with some energy.”

The Ice Wolves were led by forward Zach Bannister, who scored three times and added an assist for a four-point evening. It was Bannister’s first career hat-trick. The Grande Prairie, AB product now has 42 points in 34 games.

“You know what, I got some good bounces, there was some good passes — Pondy (Stewart Pond) hit me and Forty (Daunte Fortner) hit me, and then the empty-netter,” said Bannister. “It all just kind of worked in my favour tonight.”

Jake Gudjonson, Daunte Fortner and Jordan Mish supplied the other goals for La Ronge, while Daniel Davidson made 45 saves for the win in net. The Ice Wolves trailed 2-1 at one point in the second, but battled back and took a 3-2 lead into the third and never looked back.

Ryder Richmond, Dawson McKenzie and Brandson Hein tallied for the Bombers. Pierce Diamond made 37 saves in a losing cause.

With the win, La Ronge snapped a three-game slide and improved to 8-27-1-0 on the season, which has them in last place and 11 points back of Melville for the final playoff spot.

The Ice Wolves will look for their second straight win on Tuesday night in Flin Flon when they conclude the home-and-home series with the Bombers at the Whitney Forum. You can catch Tuesday’s game on MBC Network Radio with Braden Malsbury, the pre-game show gets underway at 7:15 p.m.