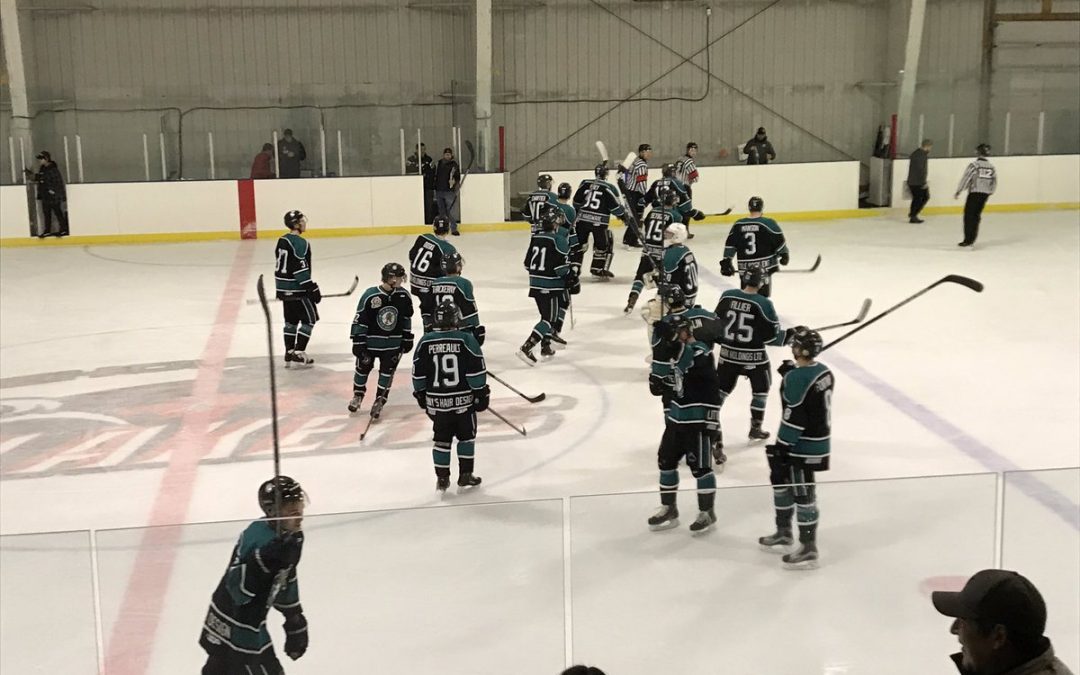 The La Ronge Ice Wolves snapped a 14-game losing streak on Thursday night in Pinehouse when they edged the Battlefords North Stars 3-1.

“It was bound to happen soon (snapping the losing streak), I think we played pretty well the last few games, just came short,” said Ice Wolves Assistant Coach Gaelan Patterson. “You hear it a lot, but bounces weren’t necessarily there. Tonight, the boys made their own luck and they took control out there — and it was good to see.”

The North Stars opened the scoring 16:19 into the first on the power play when Ryan Gil shovelled home his 11th of the season past Daniel Davidson. Davidson was sensational in the La Ronge net, making 40 saves for the victory.

The Ice Wolves tied the game at one 7:25 into the second when Zach Bannister redirected an Antonio Di Paolo offering from the point past Chad Duran, who faced his old club for the first time since joining the North Stars. For Bannister, it was his 15th of the season. La Ronge went up 2-1 when Di Paolo fired a shot from the point past Duran for his sixth of the season on the power play.

Daunte Fortner would add an empty-netter 18:26 into the third, as the Ice Wolves skated out of Pinehouse with two points in front of loud and boisterous crowd.

“It definitely helps us, it’s a different feel on the bench when you have people into it and they are yelling and having a good time,” said Ice Wolves Assistant Coach Gaelan Patterson. “It’s something that we pull a few more wins together, we’d like to see that in La Ronge more and more.”

With the win, the Ice Wolves improved to 7-25 on the season, which has them in 12th place and nine points behind Weyburn for the final playoff spot. The Ice Wolves also ended a 16-game losing streak against the North Stars. Prior to Thursday’s game, the last time La Ronge beat the Battlefords was Jan. 23, 2016 in Edam.

The Ice Wolves will be searching for their second straight victory on Friday when they host the North Stars at the Mel Hegland Uniplex. Friday’s contest gets underway at 7:30 p.m.

(PHOTO: The Ice Wolves salute the fans in Pinehouse. Photo by Braden Malsbury.)