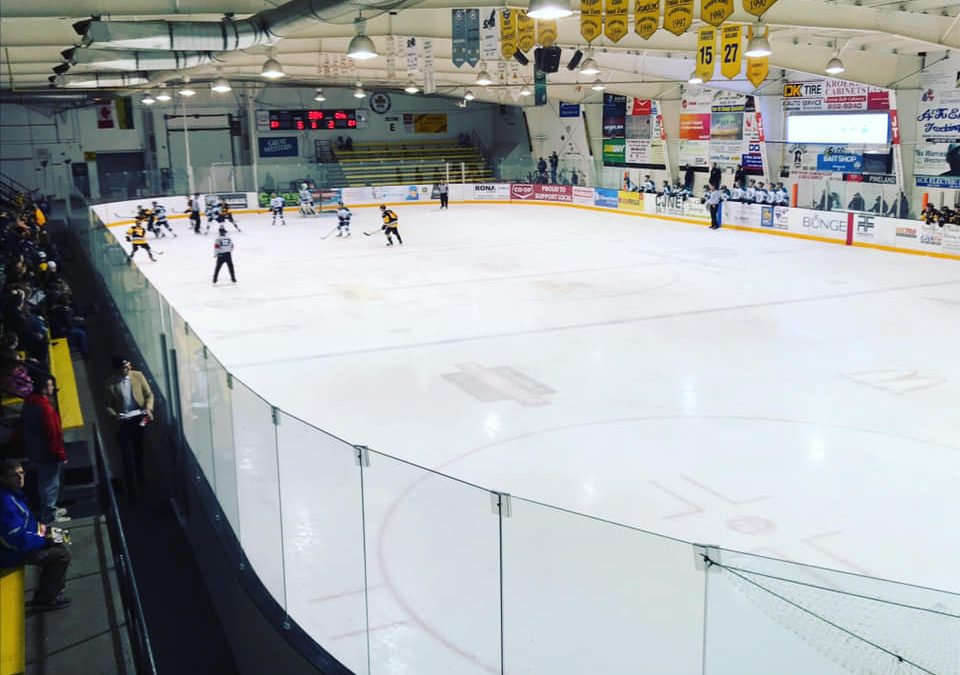 The La Ronge Ice Wolves wrapped up the unofficial first half of the season with a 5-2 loss in Nipawin on Saturday evening.

After an 8-2 loss on Friday night at home to Flin Flon, the Ice Wolves struggled in the first frame versus the Hawks. Eric Sorensen got the Hawks on the board just 29 seconds into the game when he beat Daniel Davidson, who finished the night with 31 saves in the loss.

Brodie Girod scored twice in the first and Colton Nikiforuk also tallied, as the Hawks went into the second with a 4-1 advantage. La Ronge’s lone goal of the first came at the 18:34 mark when Josh Poon flew down the left side and sent a seeing-eye wrister upstairs past Patrick Pugliese. It was Poon’s first goal in the SJHL.

The Ice Wolves were outshot 15-7 in the first, but the effort was noticeably better in the second. Flynn Perry banked home his second as an Ice Wolf 5:30 into the stanza, which cut the lead to two.

Andrew Smiley found the back of the cage 15:29 into the third, as the Nipawin Hawks continued their dominance versus the La Ronge Ice Wolves. The Ice Wolves have now lost 14 straight games to the Hawks. The last time La Ronge beat Nipawin was during the 2015-16 season.

With the loss, the Ice Wolves dropped to 7-27-1-0 on the campaign, which has them in 12th place. La Ronge is currently 11 points back of Melville for the final playoff spot in the SJHL. The Ice Wolves have dropped their last three games.

The Ice Wolves are back in action on Dec. 31 at home when they entertain the Flin Flon Bombers in the first part of a home-and-home series. That contest is slated to get underway at 7:30 p.m. from the Mel Hegland Uniplex. The following night, the Ice Wolves travel to Flin Flon. You can catch that game on MBC Network Radio with Braden Malsbury.

Meantime, the Weyburn Red Wings have relieved Wes Rudy of his head coaching duties. Reports surfaced early Saturday evening suggesting he was fired. Rudy was in his third season as the head coach of the Red Wings. This is the second coaching change this season in the SJHL. The Melville Millionaires fired Head Coach and GM Devin Windle earlier this season.

(PHOTO: The Ice Wolves made their first trip to Nipawin Saturday. Photo by Braden Malsbury.)