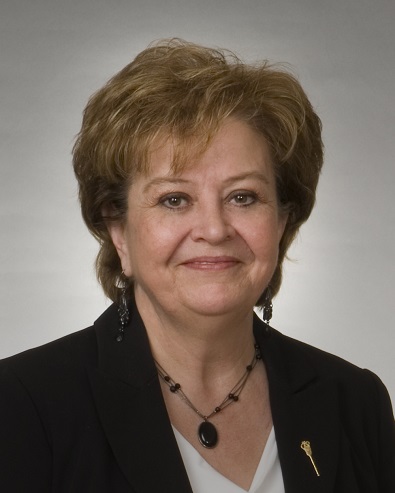 Saskatchewan Minister of Finance Donna Harpauer claims she had no idea accommodation for two personal trips to northern Saskatchewan were paid for in full by a municipal government.

Both trips were to the Northern Village of Pinehouse and both were paid for by the local municipality.

The total cost of $319 was paid by cheque by the northern municipality.

This time, although the hotel room was booked under Harpauer’s name, the guests are listed as spouse and one other party.

In an emailed statement, the minister of finance says:

“In August of 2016, I took a personal trip to Pinehouse with my partner at the invitation of a personal friend. In August of 2018, my partner took a personal trip to Pinehouse. I did not accompany my partner on this trip. We believed that accommodations for these trips were paid for by a personal friend. I am extremely concerned to learn that our accommodations were actually paid for by the Northern Village of Pinehouse. I did not expect these costs to be paid for by the Northern Village of Pinehouse, and I am taking immediate action to remedy this situation. I will immediately reimburse the Northern Village of Pinehouse for the costs associated with these accommodations. Additionally, I have already contacted the Saskatchewan Conflict of Interest Commissioner and have asked him to provide an opinion on this matter.”

The minister was forced to respond after MBC Radio obtained documentation which shows the trips were paid for by the northern village.

The Saskatchewan government has refused any further comment on the matter.

A call to the Pinehouse village office seeking comment was also not returned.

“Certainly there was no mention of this in her conflict of interest disclosure, so that would be quite a big issue,” he says. “I hear the explanation that she did not know it was the northern village which actually leaves it to some follow up questions for me. Who did she think was paying for it and what person does she think was paying for things would have the ability to wind up with it being paid for by the northern village instead?”

Meili says this and other public accountability issues, such as the Global Transportation Hub scandal and eHealth government officials accepting free trips from vendors, are beginning to wear on the premier’s credibility.

“We need to see a government that has a little bit more accountability and a little more curiosity that when a scandal arises they don’t say, ‘Oh, we’ll only look at this small piece and then we’ll say everything’s fine but we actually get to the bottom of it. And the more this goes on under Moe, (Premier Scott), the more that people are going to continue to question his trustworthiness.”

Just a few months before the first personal trip, in June 2016, Harpauer was in Pinehouse on government business as the minister of social services and minister responsible for the Saskatchewan Housing Corporation.

The Sask. Party government’s contribution to the project was $1.5 million.

This isn’t the first time the tiny northern community of about 1,000 people, located about 500 kilometres directly north of Saskatoon, has landed the government in hot water.

Last week, Pinehouse resident Vince Natomagan had to be removed from the Northlands College Board after it came to light, he was recently convicted of spousal assault.

Advanced Education Minister Tina Beaudry-Mellor, who appointed him to the board, claims she had no knowledge of Natomagan’s criminal past prior to the appointment.

Natomagan has been a strong supporter of the Sask. Party and was looking at seeking a party nomination in the Athabasca constituency in 2016 before suddenly withdrawing.

Both Natomagans have made financial contributions to the Sask. Party in the past.

The provincial government has also appointed an independent investigation into Pinehouse for repeated failure to comply with freedom of information requests.