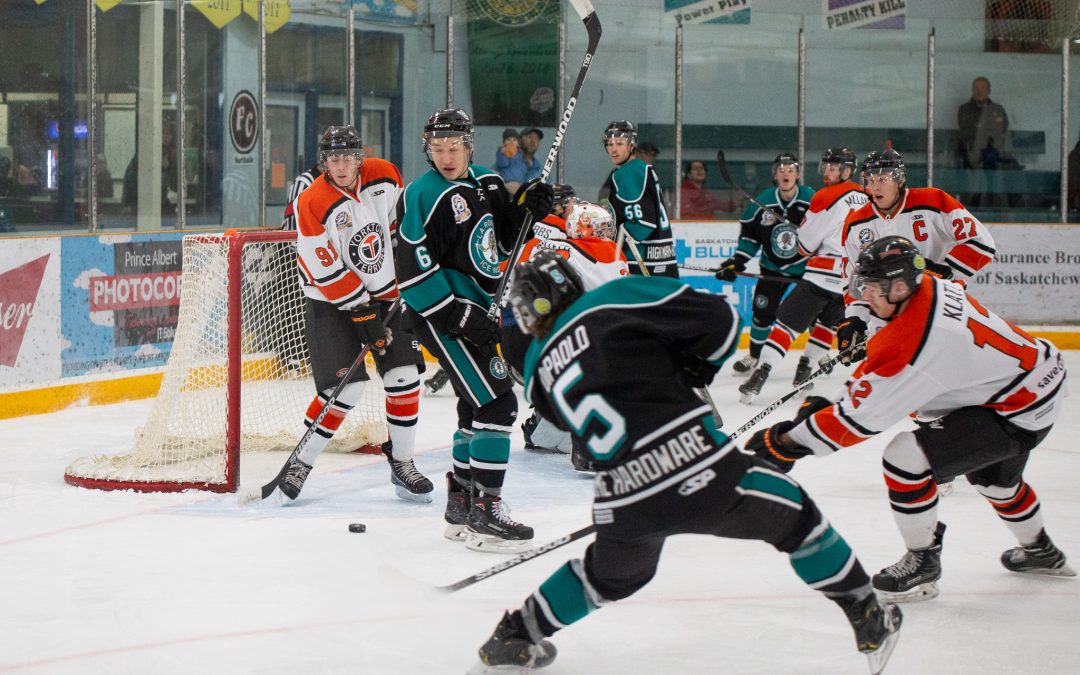 Antonio Di Paolo of the La Ronge Ice Wolves has been named SJHL defenceman of the week.

In three games last week, the Saskatoon, SK product recorded five points. Through 28 games this season with the Ice Wolves, Di Paolo has 22 points. He has 10 points in his last 10 games.

Meanwhile, Ice Wolves forward Zach Bannister was the runner-up for player of the week. The Grande Prairie, AB product had four points in three games. Bannister leads the Ice Wolves in points with 36. He sits 10th in SJHL scoring at the moment.

The Ice Wolves are back in action on Friday night when they host the Flin Flon Bombers at the Mel Hegland Uniplex. La Ronge will conclude the unofficial first half of the season Saturday in Nipawin versus the Hawks.