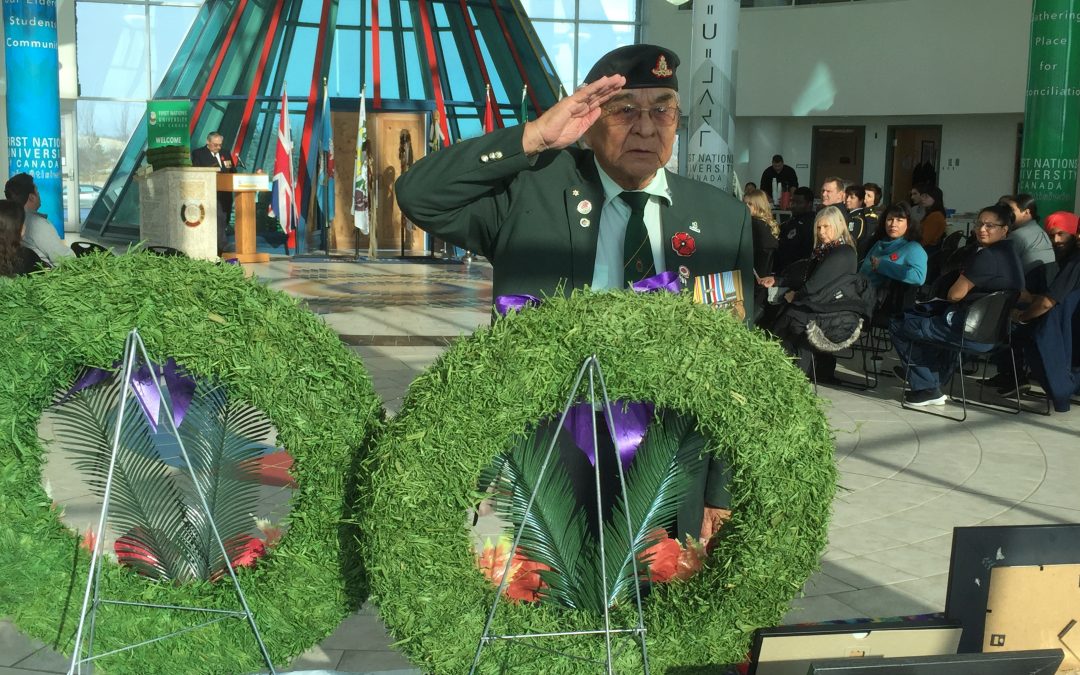 One veteran of the Korean War estimated there were approximately two dozen veterans alive in the province today.

Another said he was the last in his First Nation.

As Canada commemorates the 100th anniversary of the end of the First World War, peacekeeping veteran Arthur Anderson said there were only a few small groups of veterans left, and that ceremonies like these help to pay respect for the contributions made.

Ron (Rocky) Redwood, a Vietnam vet who served with U.S. forces says gatherings with other veterans help him not only pay respect, but heal from the historic trauma.

“It’s also healing for me, because I’m a veteran who came out of a war. I had my issues that I had to deal with. By being with other veterans we’re able to communicate, talk back and forth and share stories,” Redwood said. It’s always good for us to get together and when we can come together and honour, especially those who were before us. There are a lot of guys, the real hero’s never came home, and I’m just one of the lucky guys.”

Veterans Affairs Canada  says “More than 7,000 First Nations members served in the First and Second World Wars and the Korean War, and an unknown number of Inuit, Métis and other Indigenous people also participated. One Veterans group estimates that 12,000 Indigenous men and women served in the three wars.”