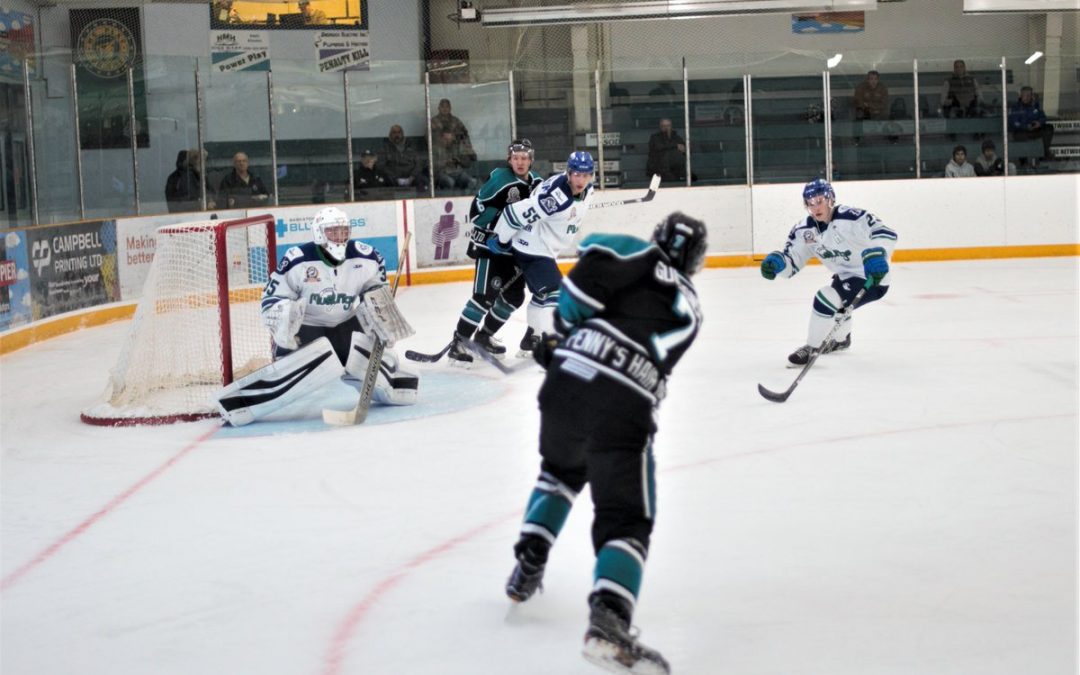 The La Ronge Ice Wolves will be looking to end a seven-game losing streak on Saturday night in Melfort versus the Mustangs.

“We’ve seen them a little bit, they skate well, they got a line or two that are very capable of putting the puck in the net,” said Ice Wolves Head Coach and GM Evan Vossen. “We play the way we played Tuesday, I think we give ourselves a chance to win every night.”

The Ice Wolves are coming off a close 2-1 loss on Tuesday at home versus the Nipawin Hawks. It was a game where the Wolves played well enough to win, but ultimately came up short.

Saturday’s game marks the fourth meeting of the season between La Ronge and Melfort. The Mustangs lead the season set 2-1 so far, but the Ice Wolves took the last matchup 4-2 in La Ronge back on Oct. 6.

“They’re (Melfort) going to battle, they’re going to compete, they’re not going to let up at all, but we’re going to do the same,” said Ice Wolves forward Zach Bannister. “Nothing changes in our game plan, we’re going to go out there and work them and play 60 minutes to get the four points this weekend.”

La Ronge should have some confidence on the power play heading into this weekend’s action. On Tuesday, the Ice Wolves ended a six-game drought on the man advantage. La Ronge was 0-27 on the power play in its previous six outings.

Mitch Zambon of the Ice Wolves will try to continue his strong season. The Saskatoon product is riding a nine-game point streak. He has collected 13 points during that span. Zambon has 30 points in 24 games this season, which has him ranked eighth in SJHL scoring right now.

The Ice Wolves are currently sitting in last in the overall standings with their 6-18 record, while the Mustangs are second with a 15-6-1 mark.

Saturday’s game gets underway at 7:30 p.m. from Northern Lights Palace in Melfort. You can catch the action live on MBC Network Radio, the pre-game show begins at 7:15 p.m. with Braden Malsbury.

Following Saturday’s tilt in Melfort, the Ice Wolves host the Mustangs on Sunday at 5 p.m. at the Mel Hegland Uniplex.

(PHOTO: The Ice Wolves beat the Mustangs 4-2 back in October. Photo by David Smith.)