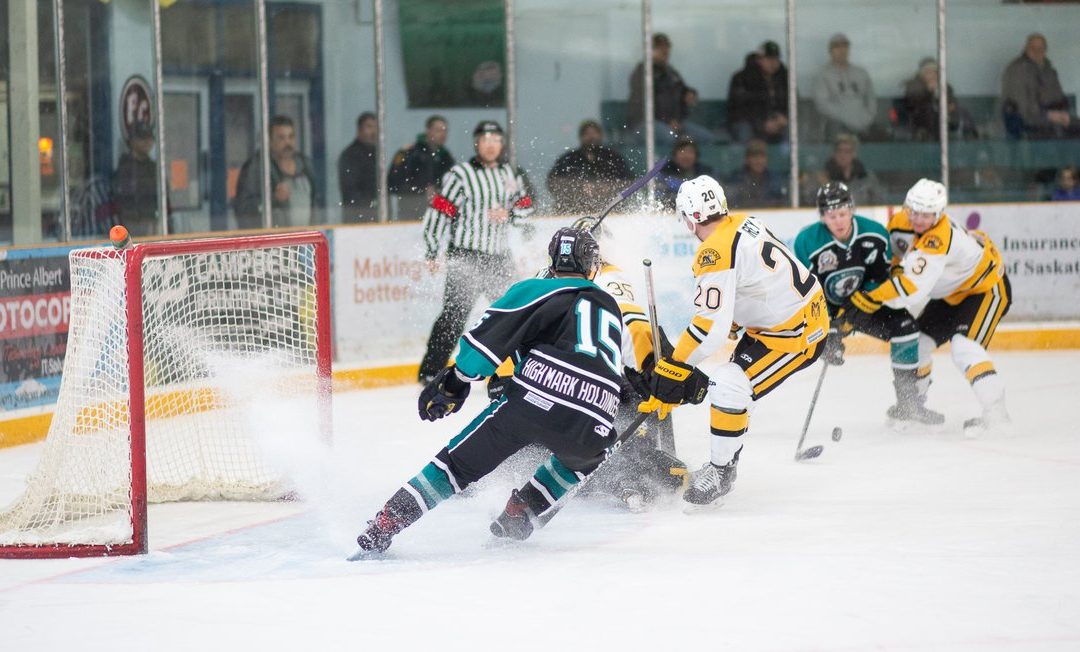 The La Ronge Ice Wolves are getting set for two games at home this weekend against the Yorkton Terriers.

The Ice Wolves and Terriers have both dropped their last two games. La Ronge is coming off a 2-1 setback in Humboldt on Wednesday evening.

“We just got to keep getting better, and we are. I think we’re seeing improvements from all of the guys,” said Ice Wolves Assistant Coach Gaelan Patterson. “This weekend, it’s a big weekend at home again. We’ve been strong at home, so we’re going for the two wins.”

The Ice Wolves have posted a 4-2 record at the Mel Hegland Uniplex this season. La Ronge beat Weyburn and Estevan last week on home ice. The Ice Wolves enter play in 10th in the overall standings with their 6-13 record, while the Terriers are third with a  8-7-1-0 mark.

Meantime, La Ronge went 4-0 versus the Terriers last season. The Ice Wolves are 11-5-1-0 against the Terriers over the last five seasons.

Tonight’s game versus Yorkton gets underway at 7:30 p.m. The two teams will then tangle on Saturday afternoon at 2 p.m.