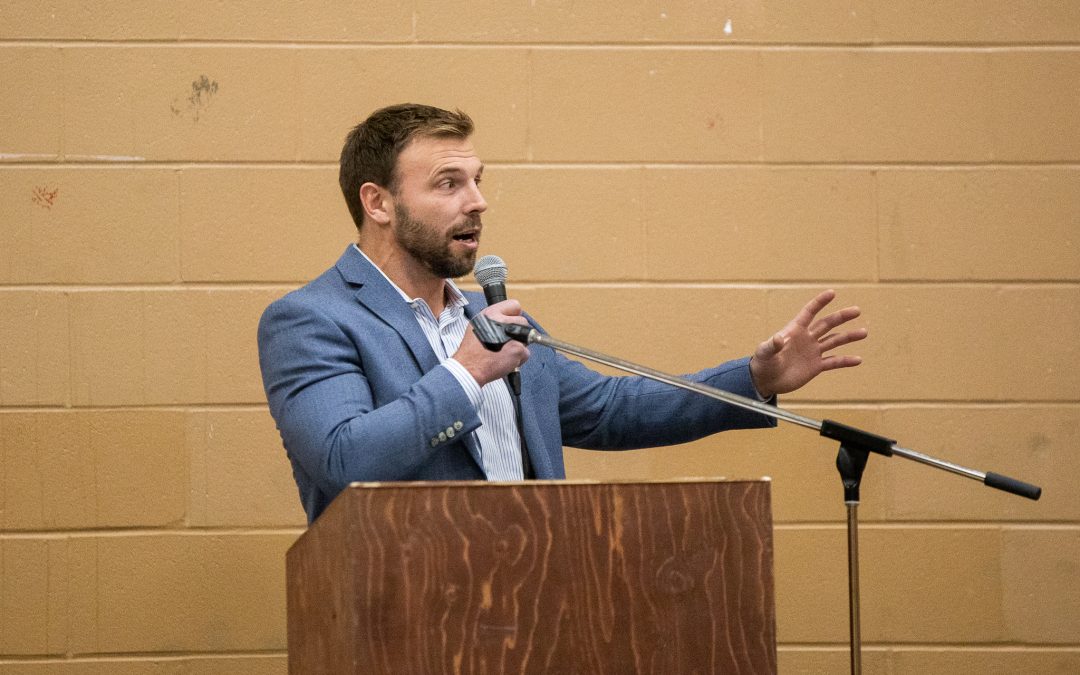 Former NHLer P.J. Stock was in La Ronge this weekend for the La Ronge Ice Wolves Back the Pack Dinner on Saturday at the JRMCC.

“It was a blast,” said Stock. “I actually wanted to come play in this league (SJHL) years ago when I was 17 years old. I was looking to play for the Weyburn Red Wings back in the day — didn’t get picked and ended up playing in Pembroke.”

Stock played 235 games in the NHL with the New York Rangers, Montreal Canadiens, Philadelphia Flyers and the Boston Bruins. He worked as an analyst on Hockey Night in Canada and can currently be seen on RDS.

“I was really lucky and fortunate that this is where my career kind of started — in these junior leagues,” said Stock. “I’m really appreciative of all the people that help out in these small towns with these junior teams.”

A highlight of the night was the auctioning of the Ice Wolves special pink jerseys the team wore for the last two games. A couple of P.J. Stock jerseys were also auctioned off with the La Ronge jerseys. In total, $18,735 was raised during the live jersey auction, with a portion of the proceeds going towards breast cancer research.

Prior to the banquet featuring Stock, the Ice Wolves held a charity hockey game at the Mel. The Ice Wolves faced off with local emergency services. Officials say $1,000 was collected, which will be given to the Early Childhood Development Program.

Meantime, the Ice Wolves are back in action on Wednesday when they host the Estevan Bruins for the final time this season. Wednesday’s game is scheduled to get underway at 7:30 p.m. from the Mel Hegland Uniplex.