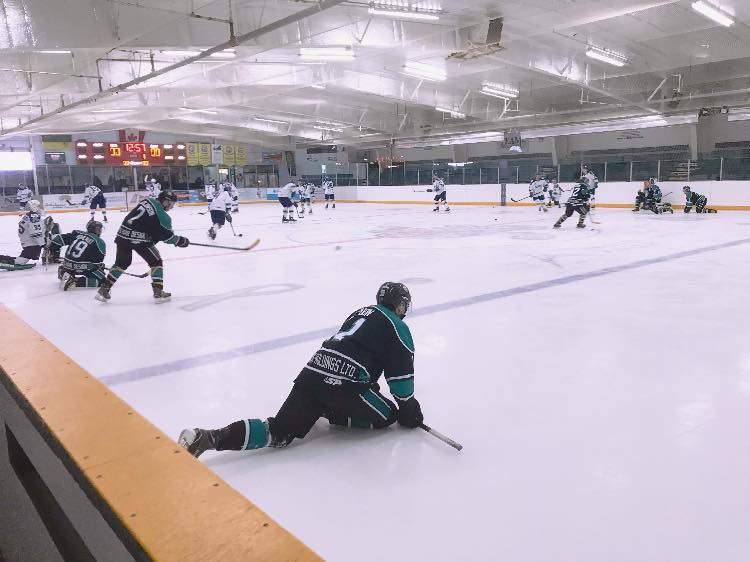 The La Ronge Ice Wolves lost their ninth straight game on Sunday at home when they dropped a 4-1 decision to the Melfort Mustangs.

“I thought we really played pretty solid in our defensive zone,” said Ice Wolves Head Coach and GM Evan Vossen. “The effort was there for 60 minutes, obviously, not the result we wanted, but at the end of the day too, we had our chances.”

After getting hammered 8-1 in Melfort on Saturday night, the Ice Wolves set the tone early Sunday. Daunte Fortner opened the scoring 2:30 into the game, which put La Ronge up 1-0. Fortner was playing on the top line with Jordan Mish and Zach Bannister.

“I though he (Fortner) fit in pretty well, for a guy that’s been here for about a week now,” said Vossen. “Obviously, for him to get in and get a goal there — big start for him and got us kind of off on the right track.”

Hunter Arps got the start in net for the Mustangs, but he was replaced after 20 minutes by Shawn Parkinson, who stopped all 20 shots he faced. Daniel Davidson made 30 saves in a losing cause for the Ice Wolves.

With the loss, the Ice Wolves slipped to 6-20 on the season, which has them in last place in the standings and six points back of the final playoff spot.

The Ice Wolves have not won a game since Oct. 26 against Estevan and they will be looking to snap their losing streak on Thursday night when the Notre Dame Hounds make their way to the Mel Hegland Uniplex. Thurday’s game is slated to get underway at 7:30 p.m.

(PHOTO: The Ice Wolves were swept in a home-and-home series by Melfort. Photo by Braden Malsbury.)