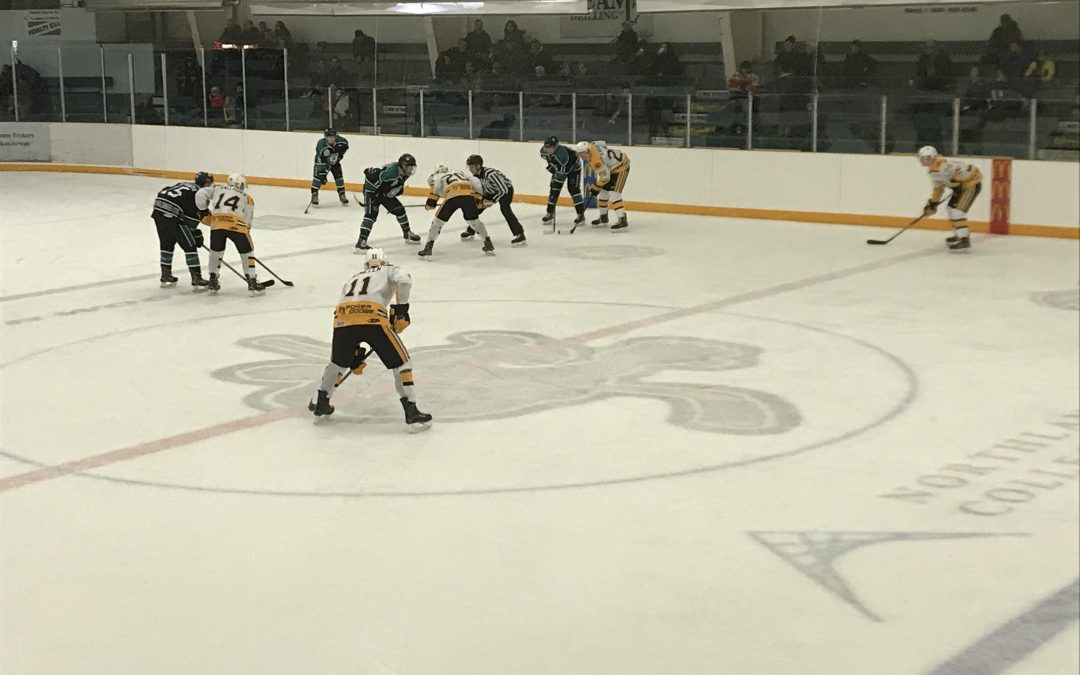 The La Ronge Ice Wolves lost 4-1 at home to the Estevan Bruins on Wednesday night — it was La Ronge’s 12th straight setback.

“I think we had some chances — missed a few there that were pretty close calls. Our boys were going to the net and finding those pucks in those areas, so that’s a good thing moving forward,” said Ice Wolves Assistant Coach Gaelan Patterson. “It was a tight game, up until the end there.”

It was a lacklustre first period for the Ice Wolves, who were outshot 23-9. The good news was that Daniel Davidson came to play and La Ronge only trailed 1-0 through 20 minutes. Isaiah Thomas opened the scoring 10:30 into the game when he tapped a rebound past Davidson.

The Ice Wolves would tie the game at one 2:28 into the second when Jake Gudjonson stuffed home his seventh of the season past Grant Boldt, who made 32 saves in the win. Estevan restored the lead 7:25 into the frame when Eddie Gallagher notched his fourth of the season, which put the Bruins up 2-1 heading into the third.

Michael McChesney and Turner Ripplinger would score late goals in the third, as the Bruins skated out of La Ronge with two points and ended a four-game slide. Daniel Davidson was terrific in the La Ronge net, making 46 saves in a losing cause. If it wasn’t for Davidson, the damage might’ve been a lot worse.

Stewart Pond and Flynn Perry made their debuts with La Ronge. Nolan Doell and Holden Knights of the Beardy’s Blackhawks were inserted into the La Ronge lineup after being called up. Ice Wolves Assistant Coach Gaelan Patterson liked what he saw from the youngsters.

“Holden was real solid with Banny (Zach Bannister) and (Jake) Gudjonson, and Nolan (Doell) held his own there in the middle,” said Ice Wolves Assistant Coach Gaelan Patterson. “Obviously, really excited about those two guys in the future.”

With the loss, the Ice Wolves slipped to 6-23 on the season, which has them in last in the overall standings and eight points back of Melville for the final playoff spot in the SJHL.

The Ice Wolves will be looking to rebound on Friday night when the Weyburn Red Wings come to town for a 7:30 p.m. puck drop at the Mel Hegland Uniplex.

(PHOTO: The Estevan Bruins made their last trip to La Ronge this season Wednesday. Photo by Braden Malsbury.)