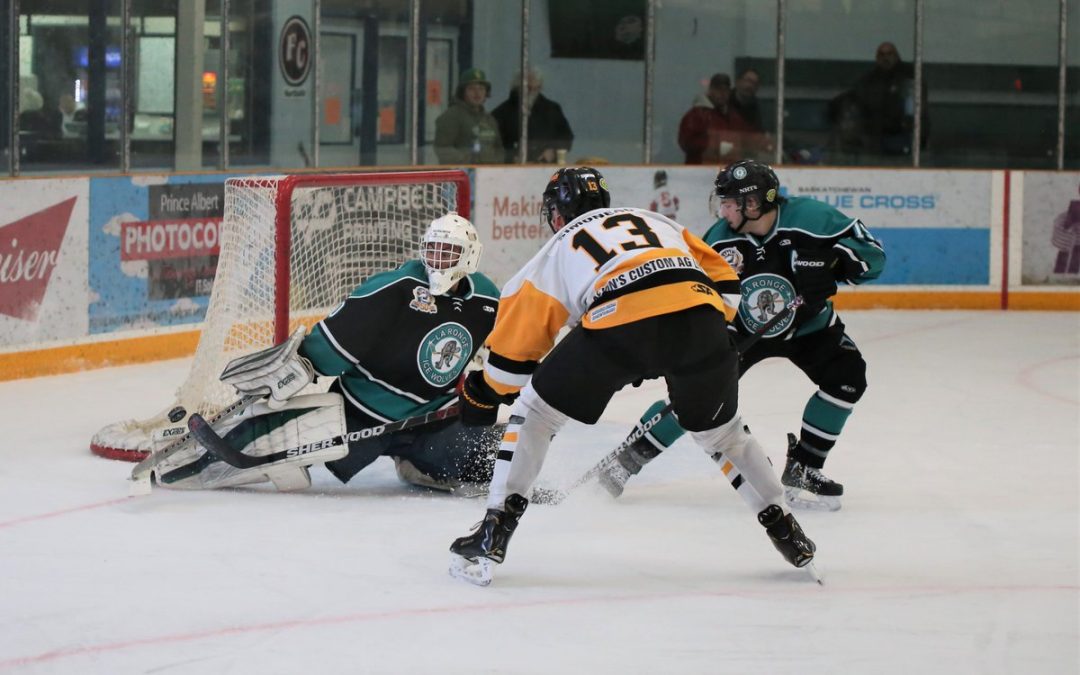 It was a solid effort from the La Ronge Ice Wolves, but they ended up dropping a 2-1 decision to the Nipawin Hawks at the Mel Hegland Uniplex on Tuesday evening.

It appeared the Ice Wolves and Hawks would head into the second frame scoreless, but Nipawin had other ideas. With just five seconds left in the first, Arik Breton beat a screened Daniel Davidson, which put the Hawks up 1-0.

The Hawks would take a 2-0 lead 9:57 into the second when Jordan Simoneau was left all alone out front and wired a rocket in tight upstairs on Davidson, who was spectacular and finished with 41 saves in the loss.

The Wolves replied 17:16 into the second when Zach Bannister finished off a pretty passing play on the power play for his 11th on the season. Coming into the game, the Ice Wolves were 0/27 in their previous six contests when working on the man advantage, but they finally exorcised some demons Tuesday.

“We definitely played with them, if not better, could’ve went either way,” said Ice Wolves forward Zach Bannister. “I think that was one of our best competing games this year.”

With the loss, the Ice Wolves are now riding a seven-game losing streak. La Ronge’s record dropped to 6-18 on the season, which has them in last in the overall standings.

The Ice Wolves will be looking to bounce back on Saturday night when they travel to Melfort to play the Mustangs. You can catch the action live on MBC Network Radio, the pre-game show begins at 7:15 p.m. with Braden Malsbury.