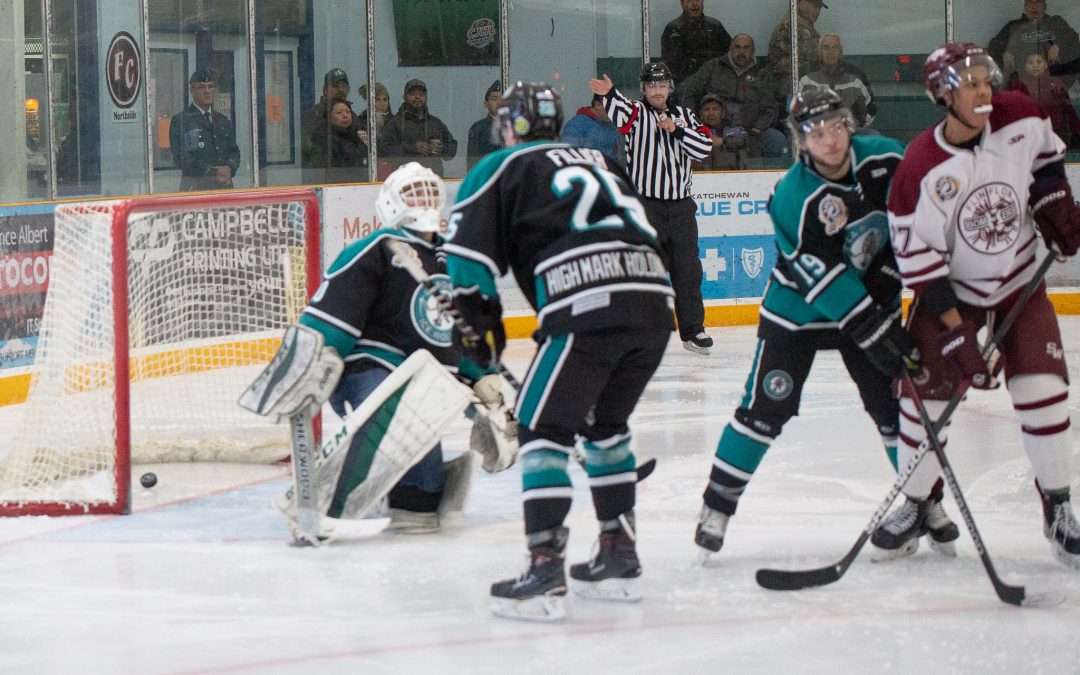 The La Ronge Ice Wolves were embarrassed 9-2 on home ice Saturday by the Flon Flon Bombers.

The Bombers swept the weekend series after taking game one 4-2 on Friday evening at the Whitney Forum. Saturday’s contest was the sixth straight loss for the Ice Wolves.

“It was a tough one for us, especially at home — you don’t want to lose like that,” said Ice Wolves Assistant Coach Gaelan Patterson. “They came out pretty hard and we just didn’t match it.”

The Ice Wolves trailed 3-0 before the game was 15 minutes old. Flin Flon outshot La Ronge 22-10 through 20 minutes of play. It was a hole the Ice Wolves were unable to climb out of.

Calvon Boots scored three times for the Bombers, while Nate Hooper found the back of the net twice. Caleb Franklin, Donavan Houle, Isaac Jackson and Brandson Hein all added singles. Jacob Delorme made 28 saves for the victory.

Zach Bannister and Dylan Thackeray tallied for La Ronge. Daniel Davidson was pulled in the second frame after allowing six goals on 30 shots. Jordan Frey made 18 saves on 21 shots in a relief appearance.

With the loss, the Ice Wolves slipped to 6-17 on the season, which has them in last in the overall standings. La Ronge will look to rebound on Tuesday at home when they host the Nipawin Hawks for the first time this season.

(PHOTO: The Bombers filled the net with pucks Saturday. Photo by David Smith.)