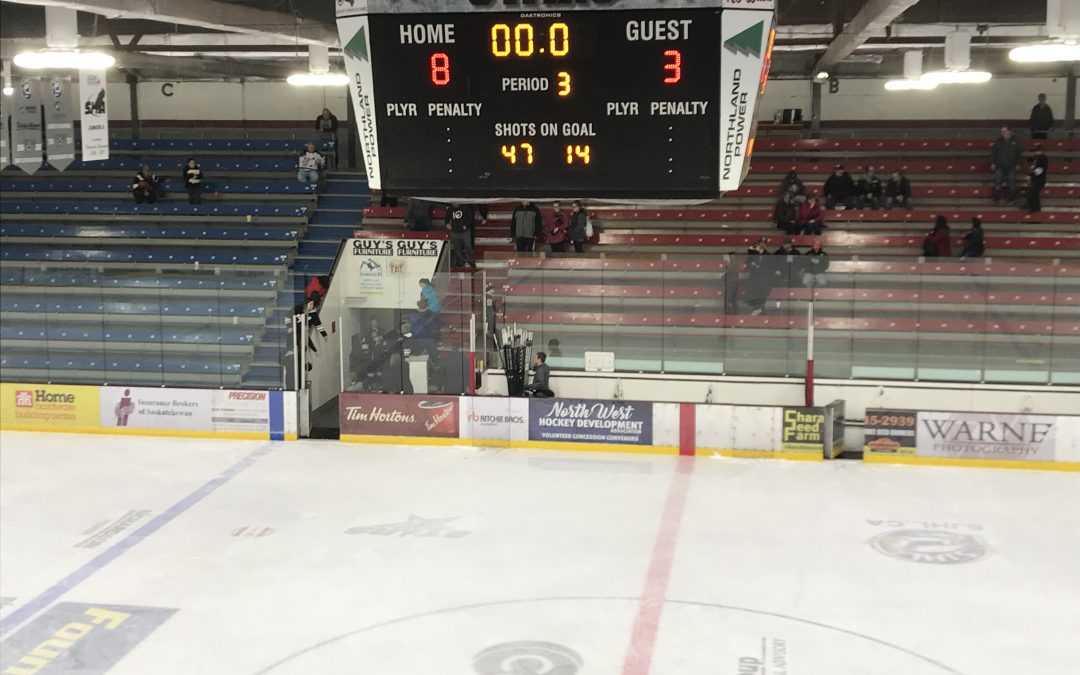 The La Ronge Ice Wolves were searching for their third straight win on Tuesday in North Battleford, but that did not happen as the North Stars skated away with an 8-3 victory.

“We were just flat, right from the start,” said Ice Wolves Assistant Coach Gaelan Patterson. “For some reason, we were just out to lunch and we kind of let them take it to us.”

The North Stars had a 3-0 lead before the first period was 12 minutes old. The Stars outdid themselves though, scoring three goals to start the second in a span of 2:22.

Mitch Zambon, Max Kleiner and Dalton Dosko provided the goals for the Ice Wolves. Daniel Davidson got the start in net, but he was pulled after allowing five goals on 18 shots. Jordan Frey made 26 saves on 29 shots in his relief appearance.

With the loss, the Ice Wolves slipped to 6-12 on the season, which still has them in tenth in the overall standings.

The Ice Wolves will try to rebound on Wednesday in Humboldt when they meet the Broncos for the first time this season. You can catch Wednesday’s contest live on MBC Network Radio, the pre-game show begins at 7:15 p.m. with Braden Malsbury.

Following Wednesday’s tilt, the Ice Wolves will host the Yorkton Terriers twice this weekend. The first battle gets underway at 7:30 p.m. on Friday at the Mel Hegland Uniplex.

(PHOTO: The Ice Wolves met the North Stars for the fourth time this season Wednesday. Photo by Braden Malsbury.)