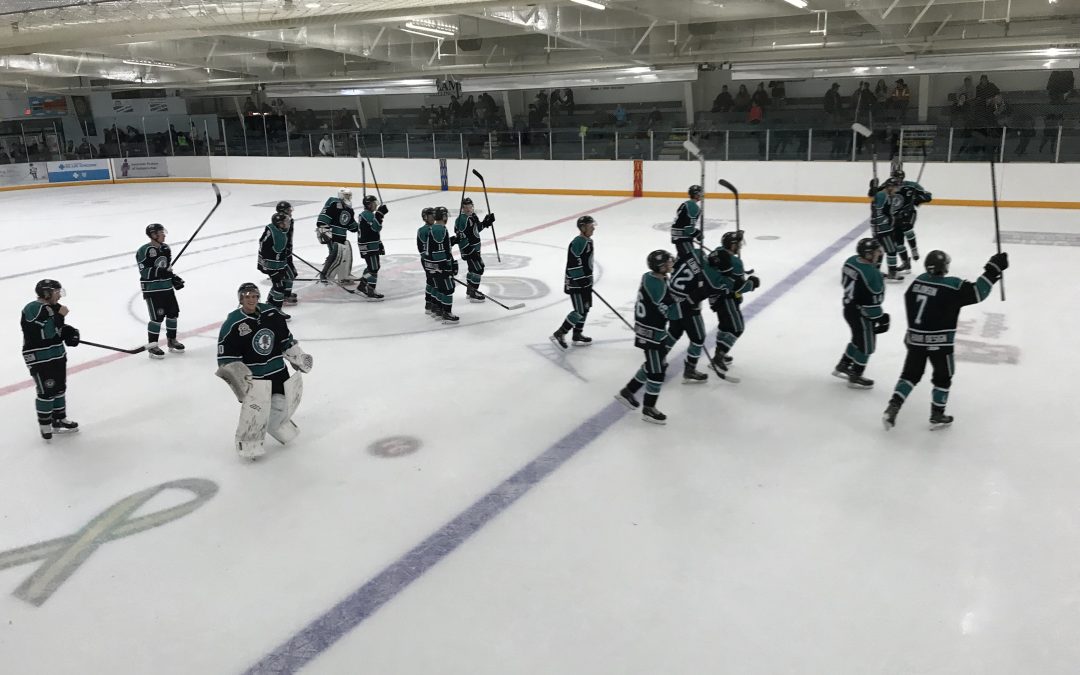 The La Ronge Ice Wolves needed some overtime to edge the Weyburn Red Wings 4-3 on Wednesday night at the Mel Hegland Uniplex.

Kolby Johnson was the hero 1:13 into the extra session when he burst into the Weyburn zone with blazing speed and beat Riley Lamb cleanly on a breakaway.

“I had quite a few chances today and against Kindersley that didn’t go in,” said Ice Wolves forward Kolby Johnson. “I guess the chances were pretty high that — that one was gonna go in.”

Neither team was able to find the back of the net in the first period. Connor Pyne opened the scoring 29 seconds into the second when he beat Jordan Frey for his fourth of the season.

The Wolves replied 11:13 into the second when Jake Gudjonson finished off a pretty passing play and beat Lamb. Dylan McCabe and Ben Hiltz both tallied with under a minute left in the second, propelling the Wings to a 3-1 lead heading into the third.

“After 40 minutes there, we just kind of came in and held a few guys accountable for some situations on the ice that went into the back of our net ,” said Ice Wolves Assistant Coach Gaelan Patterson. “They responded really well, which was great to see, and they went out there, and made a difference in the third.”

The Ice Wolves kept clawing away and were able to score two goals in the third to send it to extra time. Jordan Mish notched his fourth of the season on the power play 5:18 into the stanza when he beat Lamb on the ice. Mitch Zambon tied the game at three 13:02 into the frame. It was Zambon’s eighth of the campaign.

Jordan Frey made 56 saves for his first win of the season in the La Ronge net. The Saskatoon product made his first start since Oct. 13 in Estevan.

“Winning in overtime, coming from behind, there’s no feeling like it,” said Ice Wolves goalie Jordan Frey. “Team played just about a full 60 minutes tonight, probably one of the first times this season.”

With the victory, the Ice Wolves improved to 5-11 on the season, which still has them in 11th in the overall standings. The win snapped a five-game slide for La Ronge, while Weyburn is now winless in its last eight.

The Ice Wolves search for their second straight victory on Friday at home when they entertain the Estevan Bruins. Friday’s game gets underway at 7:30 p.m. from the Mel Hegland Uniplex.