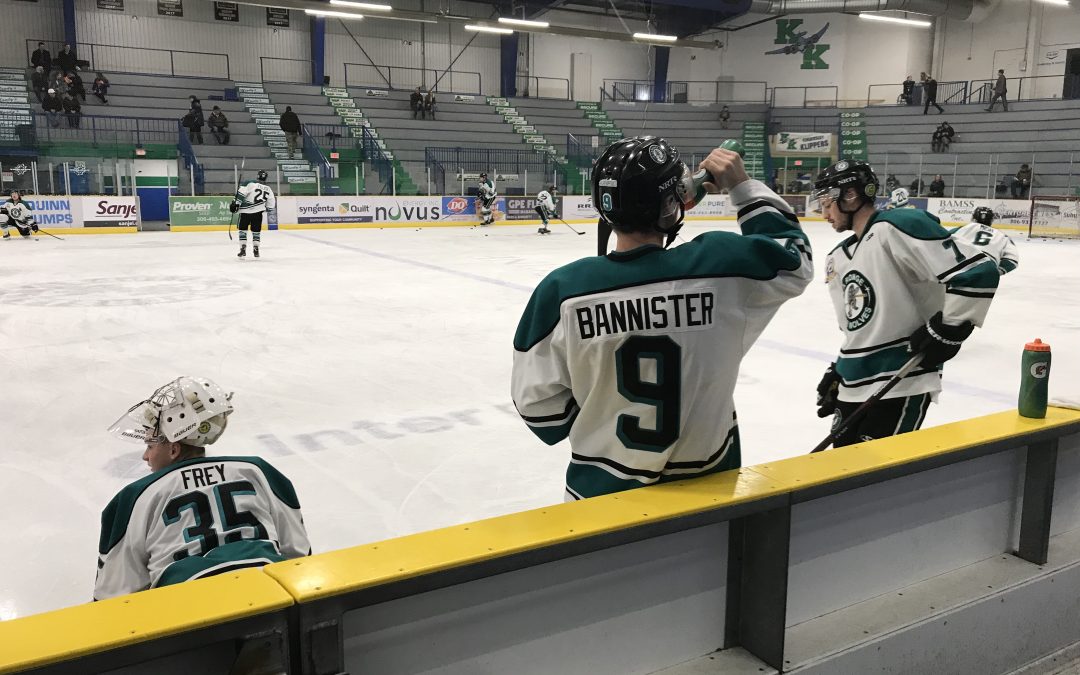 The La Ronge Ice Wolves were looking to end a four-game slide on Saturday night in Kindersley, but that did not happen as the Klippers came from behind and edged the Ice Wolves 4-3.

“Well, I think we just kind of got lost again, kind of let them take it to us — it really stings, obviously,” said Ice Wolves Assistant Coach Gaelan Patterson. “I think (Merek) Pipes had a great game and kept us alive. We just got to get back to work, it’s been a tough swing here.”

Following a slow start, the Ice Wolves only trailed the Klippers 1-0 after the first. Noah Turanski opened the scoring 4:04 into the first frame. Merek Pipes was peppered in the opening period, as the Klippers outshot the Wolves 13-5 in the first. Pipes made 33 saves Saturday in a losing cause.

The Ice Wolves looked like a motivated bunch in the second stanza and they were rewarded for their efforts. Grant Longtin and Ben Manson both tallied before the period was 12 minutes old, which gave La Ronge a 2-1 advantage. Jordan Mish scored with under a minute left in the second, giving the Ice Wolves a 3-1 cushion heading into the third.

For Longtin, it was his first goal in the SJHL. Ice Wolves Assistant Coach Gaelan Patterson gave high praise for Grant Longtin following the contest.

“Grant played a really good game, we were really happy with him,” said Patterson. “I think he made a statement there. It’s just really good to see, he’s a great kid.”

Brendon Borbely, Austin Nault and Nate Keeley all scored in a span of about four minutes in the third, which vaulted the Klippers ahead 4-3. The Ice Wolves had a late push, but were not able to solve Zach Johnson, who made 15 saves for the win.

With the loss, the Ice Wolves slipped to 4-11 on the season, which still has them sitting in 11th place in the overall standings. The Ice Wolves dropped all three games on their swing this week.

La Ronge will be looking to snap a five-game slide when they host the Weyburn Red Wings on Wednesday evening. The Ice Wolves downed the Wings 4-2 in Weyburn last week.

(PHOTO: The Ice Wolves made their first trip to Kindersley Saturday. Photo by Braden Malsbury.)