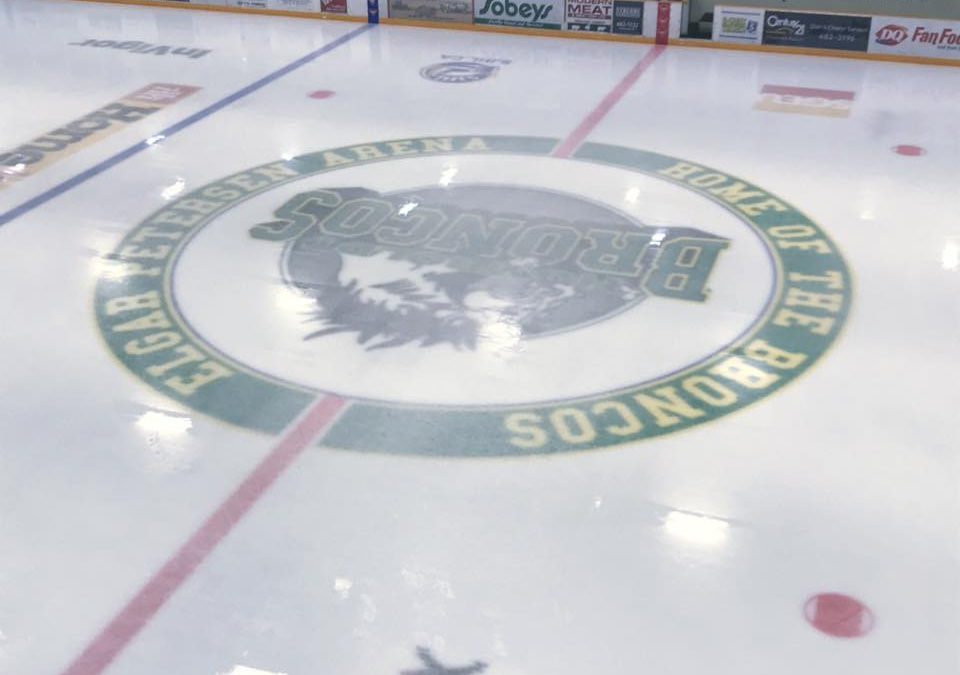 The La Ronge Ice Wolves were looking for a return to the win column on Wednesday night in Humboldt, but it was the Broncos prevailing with a 2-1 victory.

For the second straight night, a slow start plagued the Ice Wolves. The Broncos opened the scoring 7:24 into the first when Josh Patrician banged home a rebound past Daniel Davidson for his third of the campaign.

Humboldt took a 2-0 lead 14:12 into the game when Chase Felgueiras sent home an offering from the point that appeared to bounce off something and in. The Broncos outshot La Ronge 16-2 after 20 minutes of play and led 2-0.

“They got two quick goals on us there, but we fought back and we ended up having a pretty good game, and it could’ve been ours,” said Ice Wolves Assistant Coach Gaelan Patterson. “We just kind of got running again and chasing the game. We got to let the game come to us.”

The Ice Wolves scored their only goal of the game 6:54 into the second when Dylan Thackeray sent a wrist shot upstairs past Dane Dow, which made it a 2-1 game. Dow wasn’t particularly busy, he only had to make 16 saves for the win.

La Ronge goalie Daniel Davidson bounced back after being pulled on Tuesday in North Battleford. The Surrey product certainly gave La Ronge a chance to win and he finished with 35 saves.

“He definitely did and that’s what we expect out of him — for sure ,” said Ice Wolves Assistant Coach Gaelan Patterson. “I’m sure he’s going to be consistent all year for us.”

With the loss, the Ice Wolves slipped to 6-13 on the season, which still has them in 10th and holding down the last playoff spot in the SJHL.

The Ice Wolves will look to end a two-game skid on Friday at home when the Yorkton Terriers make their way to the Mel Hegland Uniplex for the first time this season. Friday’s game gets underway at 7:30 p.m. The Ice Wolves and Terriers will also battle on Saturday afternoon at the Mel.

Meantime, the Ice Wolves have announced that P.J. Stock will speak at their annual sports banquet on Nov. 24. Stock played over 230 games in the NHL.

(PHOTO: The Ice Wolves met the Broncos for the first time this season Wednesday. Photo by Braden Malsbury.)