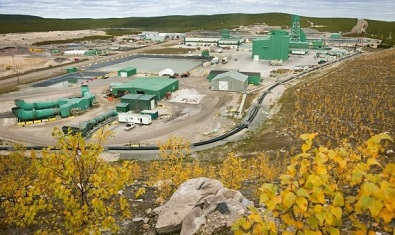 Cameco has acquired 30 percent interest by spending $5 million on the West McArthur uranium project. This has created a Joint Venture between Canadian exploration company CanAlaska and Cameco, which was announced on Tuesday.

An original proposal was to invest $12.5 million for 60 percent, but after an evaluation Cameco is satisfied to remain at the recently announced 30 percernt.

“We sort of arrived at a point in the evaluation of the project where we needed to decide whether we could continue to spend on the exploration project to go up to 60 percent, or if we were satisfied at 30 percent,” said Carey Hyndman, External Communication Manager for Cameco.

Saskatchewan is a worldwide top producer of uranium with 14.5 percent of the element coming from the McArthur River project alone. A converted version of the element is used to create heat in nuclear reactors.

The outlook on uranium production in the near future is looking positive, with over 50 reactors sites under construction, 150 planned and over 300 proposed, although Cameco will remain “cautiously optimistic,” says Hyndman.

On the other hand, there are countries that are phasing out nuclear power altogether, including Switzerland, Belguim and Germany.

The site is just west of Cameco’s McArthur River site that ceased operations earlier this year, eliminating about 700 jobs.

CanAlaska will decide where the work goes and who operates the project. Hyndman explains, “Now CanAlaska becomes the operator of that Joint Venture, so they will be operating the projects moving forward.”

(The Cameco mine at McArthur River. Photo courtesy Cameco.ca)