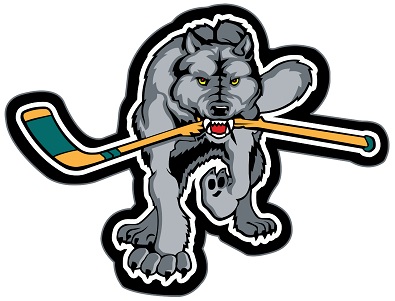 Despite a solid effort, the La Ronge Ice Wolves dropped a 7-4 decision to the Melfort Mustangs on Friday night at home.

The game was tied at four late in the third frame, but Tanner Zentner sniped from a sharp angle 13:14 into the third, which stood up at the game-winning goal.

“I think there was a lot of positives, we played about 55 minutes of hockey and then kind of let one past us and then things kind of just got worse from there,” said Ice Wolves Assistant Coach Gaelan Patterson. “I think for the most part, we started to play together and play as a team.”

Jake Gudjonson, Zach Bannister, Kolby Johnson and Mitch Zambon did the scoring for La Ronge. Jordan Frey suffered the loss in net, he made 31 stops.

Justin Ball and Kenzie Arnold tallied twice for the Mustangs, while Parker Fofonoff had the other Melfort marker. Jack Walters made 27 saves for the win in net.

Penalties have been costly for the Ice Wolves lately, but La Ronge was only shorthanded twice during Friday’s matchup.

“Obviously that was key for tonight, keep it a tight game,” said Patterson.

Friday’s setback marked the 14th straight time the Mustangs have defeated the Ice Wolves during regular season action. The Ice Wolves last win against Melfort came December 9, 2015 when La Ronge slipped past the Mustangs 3-2 in overtime.

With the loss, the Ice Wolves slipped to 0-5 on the season. La Ronge will be looking to rebound on Sunday afternoon when they play host to the Melville Millionaires. Sunday’s contest is slated to get underway at 3 p.m.