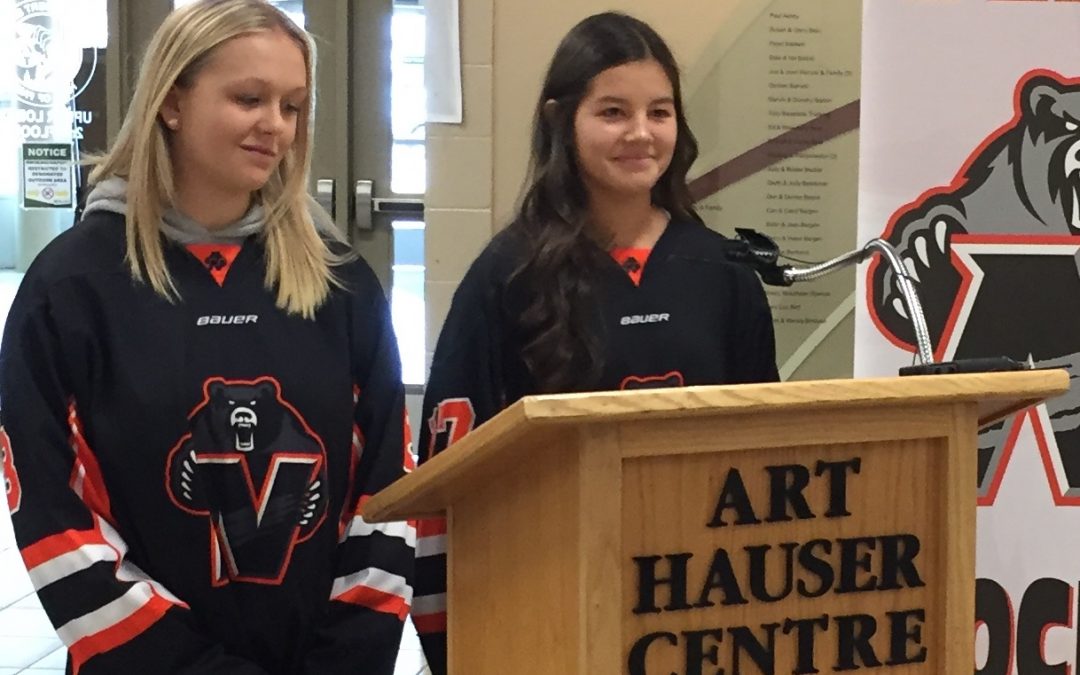 Prince Albert will be hosting a tournament for the best female teenage hockey players in the country in 2020.

It was announced Friday that the Art Hauser Centre will host the 2020 edition of the Esso Cup.

Fifteen-year-old Kailey Ledoux, of the Muskeg Lake Cree Nation, is a rookie centre with the P.A. Northern Bears.

She says the tournament offers an excellent opportunity to showcase the team’s skills on a national stage and move her own hockey career to the next level.

“It’s really exciting because there’s a lot of really good teams and it’s going to be really competitive,” Ledoux says. “So, it’s just exciting that we get to play at that level and have the opportunity to advance our skills. And, also, there will be lots of scouts there, so an opportunity for them to see us.”

Ledoux grew up in Saskatoon but decided to move to Prince Albert to further her hockey career.

She says playing for the Bears provides an excellent opportunity to do this as does the Esso Cup tournament itself.

“I’m just really excited to play because not many of my family members have gone to college or anything. Coming from a background with residential school and stuff.”

Prince Albert will host the 11th edition of the Esso Cup which started in 2009.

Regions represented in the tournament are the Atlantic, Quebec, Ontario, West and Pacific Regions.

Teams from the West have traditionally dominated the Esso Cup winning the gold medal six times.

Saskatchewan itself has medalled six times with the Notre Dame Hounds taking gold in 2011 and the Weyburn Gold Wings repeating the feat again in 2014.

The Bears will be looking to become the first team to host the tournament and win gold.

The Esso Cup is expected to bring in about $1 million in economic benefits to the city.